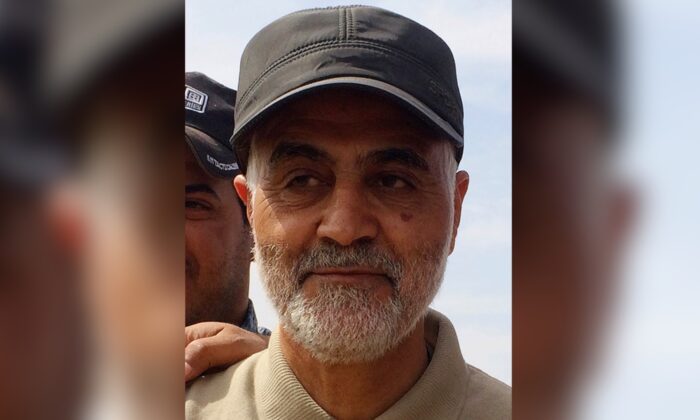 New York City, Los Angeles, Washington, and other cities are on high alert after the United States killed a top-level Iranian general in an airstrike on Thursday night.

Mayor Bill de Blasio wrote on Thursday that he had spoken with top New York City Police Department officials about the immediate steps that the agency could take to prevent any Iranian reprisal attacks.

“Have spoken with Commissioner Shea + Dep Commissioner Miller about immediate steps NYPD will take to protect key NYC locations from any attempt by Iran or its terrorist allies to retaliate against America,” he wrote on Twitter. “We will have to be vigilant against this threat for a long time to come.”

Qassem Soleimani, the head of Iran’s elite Quds Force and one of the most powerful figures in Iran, was killed by a U.S. airstrike in Baghdad, Iraq, according to the Department of Defense. Iran’s Supreme Leader, Ayatollah Khamenei, has vowed to carry out “harsh revenge” in the wake of his death.

Secretary of State Mike Pompeo wrote that Soleimani had posed an “imminent” threat to American lives before the Trump administration made a “decision to eliminate” him.

The Defense Department had blamed Soleimani for the deaths of hundreds of Americans, adding that he was behind attacks on bases in Iraq, including one on Dec. 27 that killed an American citizen. That attack drew reprisal from U.S. forces, which struck several Quds Force-backed Kata’ib Hezbollah targets inside Syria and Iraq before New Year’s Day.

The Los Angeles Police Department stated that there were no credible threats to the city following the airstrike. However, it said it is monitoring the developments.

“We will continue to communicate with state, local, federal and international law enforcement partners regarding any significant intel that may develop,” the department wrote.

Meanwhile, the mayor of Washington, Muriel Bowser, issued a statement to local news media and said there was no threat posed by Iran following the general’s death.

“While there are no immediate threats to the District of Columbia, we remain vigilant and MPD & HSEMA will remain in close contact with regional and federal partners to monitor evolving events—both at home and aboard. As always, we remind members of the public if they see something, say something by contacting law enforcement of any suspicious activity,” Bowser told Fox5.

The State Department called on American citizens to “depart Iraq immediately” after the Friday airstrike at Baghdad’s international airport.

“Due to Iranian-backed militia attacks at the U.S. Embassy compound, all public consular operations are suspended until further notice. U.S. citizens should not approach the Embassy,” the agency wrote in a statement.

And it wasn’t just U.S. interests that were on high alert. Israel, the chief American ally in the region, placed its military on alert, and Prime Minister Benjamin Netanyahu cut short a trip following Soleimani’s death, Reuters reported.

Israeli military spokesman Avichay Adraee told the agency that the Mount Hermon ski resort located in Golan Heights was closed “following an assessment of the situation.”

“There are no further instructions to the residents of the Golan Heights area and routine activities continue as normal,” he added.

Israel has long considered Soleimani and his Quds Force a major adversary. In 2019, the military said it foiled a Quds Force-backed attack involving Syrian drones.