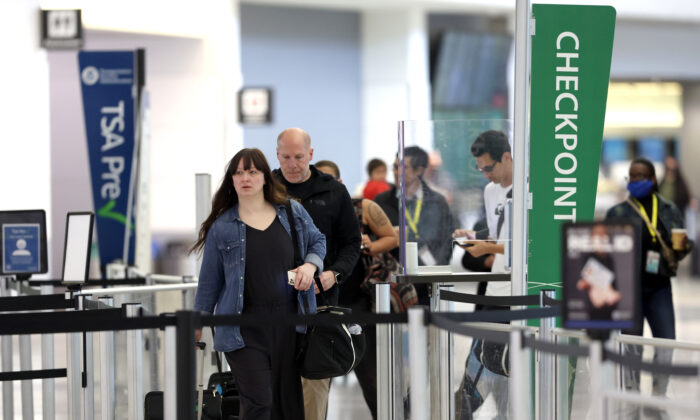 The flurry of activity comes just days after federal judge Kathryn Kimball Mizelle struck down the Centers for Disease Control and Prevention’s (CDC) rule mandating masks on airplanes and other forms of public transportation.

Mizelle’s order says the CDC’s mandate had exceeded the agency’s statutory authority because its implementation violated federal administrative law. The order quickly led to a significant number of companies removing their mask requirements for customers.

Atlanta-based Delta Air Lines said in a statement on Wednesday the carrier will give some passengers a second chance to fly again after reviewing each case and after the passenger “demonstrates an understanding of their expected behavior when flying with us.”

“With masks now optional, Delta will restore flight privileges for customers on the mask non-compliance no-fly list,” the carrier told Reuters, noting that the lift would apply to roughly 2,000 customers.

The change will not impact a separate list of about 1,000 customers who have demonstrated “egregious behavior” in the past and are already on the “permanent no-fly list.”

Delta further stressed that of the roughly 2,000 passengers currently banned over mask rules, “any further disregard for the policies that keep us all safe will result in placement on Delta’s permanent no-fly list.”

In a similar move, United Airlines announced on Tuesday that some passengers will be allowed to fly again after it reevaluated its lists of banned passengers, FOX 5 reported.

“On a case-by-case basis we will allow some customers who were previously banned for failing to comply with mask-related rules to fly United again—after ensuring their commitment to follow all crewmember instructions on board,” the airline company said in a statement.

United told the network that they banned roughly 1,000 passengers over the duration of the policy.

Meanwhile, Alaska Airlines also said that customers barred from flying over mask violations will be given a second opportunity now that the federal government’s mask policy is overturned.

“Guests who were banned solely for mask non-compliance will be allowed to purchase tickets on our flights,” the company said in a statement via media relations manager Cailee Olson, USA Today reported. The carrier has banned more than 1,700 passengers over mask violations across the COVID-19 pandemic.

The U.S. Department of Justice (DOJ) on Wednesday announced its plans to appeal Mizelle’s ruling that forced the government to halt the enforcement of mask rules in public transportation settings.

Anthony Coley, a DOJ spokesman, said the appeal is at the request of the CDC. Just days before Mizelle ruled that the federal health agency’s mask mandate was unlawful, the CDC said it would extend the mask order until early May.

“The [DOJ] and [CDC] disagree with the district court’s decision and will appeal, subject to CDC’s conclusion that the order remains necessary for public health,” the DOJ said in a statement over the mask mandate ruling.

The CDC further argued in a separate statement that it believes its mandate is “lawful” and well within the health agency’s “legal authority to protect public health,” stressing that it will continue to “monitor public health conditions to determine whether such an order remains necessary.”