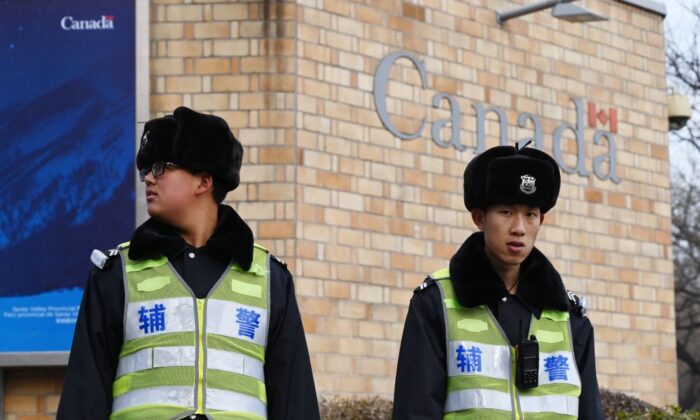 The 2021 election platforms released by the major federal parties have not adequately addressed the threat the Chinese Communist Party (CCP) poses to Canada, reflecting a lack of understanding of CCP’s true nature, experts warn.

In a virtual press conference held Sept. 8, experts urged the next federal government to take a more hardline approach toward China in order to better reflect the wishes of the majority of Canadians. A recent Nanos Research survey (pdf) found that two-thirds of Canadians want the federal government to be “more forceful” in its relations with China.

Gloria Fung, president of Canada-Hong Kong Link, said the Conservative Party platform offers the most comprehensive discussion on foreign policy and national security issues related to defending Canada against CCP interference. The Liberals’ platform has a brief description on “combating authoritarianism and foreign interference,” while there haven’t been any China-related policy announcements from the People’s Party of Canada, the Bloc Québécois, or the Green Party.

Fung said the lack of emphasis on the issue reflects that “a lot of our federal parties are still inexperienced and lacking knowledge in understanding the true nature of the Chinese Communist Party.”

“Over the past few decades … our Canadian government, no matter which government was in power, we have been adopting the so-called ‘silent diplomacy’ and also engagement and in dealing with China, thinking that by doing so, China will gradually become more and more liberal and also a more democratic society,” Fung told reporters.

“This assumption has proven to be wrong, because we have given the Chinese Communist Party the opportunity to emerge as an important economic power in the world, and they start to adopt a very aggressive approach by means of both sharp power and soft power in infiltrating, manipulating, and intimidating citizens of other countries while they exercise their freedom of expression.”

Fung said another assumption held by some parties is that criticizing Beijing would offend voters from Chinese communities, and, fuelled by potential provocation from Chinese consulates and the CCP’s United Front organizations, the “Chinese nationalistic sentiment” would prompt Chinese-Canadians to “attack and criticize any politician, any party that is critical towards China.”

Charles Burton, senior fellow at the Macdonald-Laurier Institute and a former counsellor at the Canadian Embassy in China, said it’s “really regrettable” that foreign policy hasn’t been a focus in this election and isn’t a topic slated for discussion in the leaders’ debates.

Burton said the results of the Nanos poll “really highlights the concerns of Canadians with regard to the malign activities of China,” and the government must have policies in place to reflect that.

“It’s important that we change our approach to one of working with like-minded allies to come up with a common front to try and ensure that China gets into compliance with international norms of diplomacy and trade,” Burton said at the press conference.

The Nanos poll surveyed Canadians on a variety of issues pertaining to Canada-China relations, including the impact of a federal party’s position on China on Canadian voters’ ballot choices and support for government actions related to China.

The poll found that 88 percent of respondents support or somewhat support the federal government in establishing a Canadian version of the U.S. Foreign Agents Registration Act, which requires anyone working on behalf of a foreign government to register as a foreign agent.

Burton said this kind of legislation would require individuals who have influence in a national policymaking process to declare whether they are recipients of monetary or other benefits from a foreign regime, which would be key to countering the CCP’s soft-power attempts to target Canadian policymakers through its United Front Work Department.

“In addition to attempting to influence and control persons of Chinese origin in Canada, or Canadians of Tibetan and Uyghur origins, or the students in Canada under the Chinese Students and Scholars Association, the United Front Work Department also has a mandate to try and engage with people who have influence in the Canadian policy process, who would be amenable to benefits from China,” he said.

“It’s pretty clear that once you start receiving benefits from China, there is an expectation that the Canadian will support Chinese purposes in Canada.”

The Nanos poll showed only 4 percent of Canadians supported a “less forceful” approach to relations with China, while 63 percent said Canada should be “more forceful.” Another 24 percent say Canada’s current approach is about right, while 9 percent are unsure.

Regarding the upcoming federal election, 45 percent of respondents said they are more likely to vote for a party that has a stronger stance against China, while only 4 percent are less likely. Residents in the Prairies are most likely (52.5 percent) to vote for a party with a stronger stance, followed by British Columbia (46.8 percent), Ontario (46.4 percent), Quebec (38.2 percent), and the Atlantic provinces (29.6 percent).

The Nanos Research poll was commissioned by a group of organizations including Canada-Hong Kong Link, Saskatchewan Stands with Hong Kong, Vancouver Society in Support of Democratic Movement, and Vancouver Hong Kong Forum Society. A hybrid telephone and online survey of 1,029 Canadians was conducted between Aug. 28 and 30, 2021, with a margin of error of plus or minus 3.1 percentage points, 19 times out of 20.