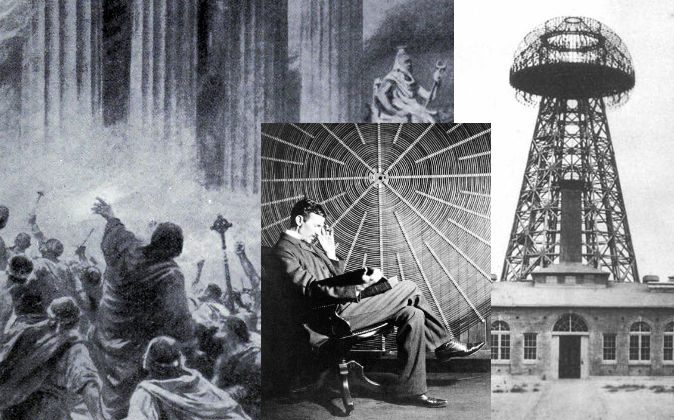 Throughout history, humanity has suffered serious setbacks to science, progress, and culture. Some have been on a very big scale due to wars, famine, disease. Some setbacks have been on a smaller scale, but may have had just as big of an impact.

The loss of the Library at Alexandria, Egypt, is considered one of the ancient world’s most devastating losses to science and culture. The library was considered the ancient world’s greatest collection of books, paper, ideas, diagrams, and more. Intellectuals from all over the world traveled there to study. In 47 B.C., fires set by Julius Caesar spread to the library destroying much of its collection.

It took many years to restore the collection, then Christian rioters again destroyed much of the library in 391 A.D. Again, the collection would be restored over the course of several decades.

The final blow happened in 641 A.D. when the caliph of Baghdad ordered the burning of all the library’s books. To this day, it is unclear the exact magnitude of the impact this loss has had on world culture, as many believe the library contained ideas from ancient times that died in the various fires.

Wars usually bring great innovation and progress at the cost of mass destruction and chaos. The end of World War II saw great advances in science in nearly every field, including and especially rocket science and propulsion.

But, war can also postpone science and progress. Eastern Roman Emperor Justinian’s Italian Gothic War (535-554 A.D.) was an attempt to reclaim western territories lost after the fall of Rome in 476. It met with success until the Lombard barbarians came back a decade later to retake Rome.

Although the Western Roman Empire had already been gone for almost a hundred years, the Italian Gothic War and its aftermath left Italy destroyed and broke, pushing people into rural areas and leaving urban areas almost abandoned by comparison.

The Dark Ages that followed continued approximately for 500 years. As the Roman Empire literally and metaphorically lay in ruins, trade routes and cultural centers were lost. As people fled urban areas and adopted a more feudal way of life, culture, art, science, and history were no longer a strong part of everyday people’s lives.

Historians today call this period the Early Middle Ages. But, Western civilization would not turn around from this until the Crusades (1095 A.D.), which would establish new trade routes and gradually move Europe towards the Renaissance.

A third and more recent loss to science and progress occurred in the late 19th century when Nikola Tesla’s New York laboratory caught fire (March 13, 1895) in the middle of the night. The fire destroyed all of the inventions, experiments, and prototypes he was working on at the time.

Tesla is responsible the alternating-current electrical systems that run our daily lives today. He also pioneered several technologies including radio telecommunications, robotics, and a host of others. It is unclear what exactly was destroyed in his lab as he kept much of his work very secret until after it was patented.

Tesla, and perhaps the entire human civilization, received a scientific blow when his Wardenclyffe Tower was demolished in 1917 by the U.S. government after it had failed to receive further investment and stood inactive for years. The Wardenclyffe Tower was built to be the world’s first wireless power plant. If the tower had seen fruition, it’s possible Tesla could have changed power transmission for humanity for a second time.