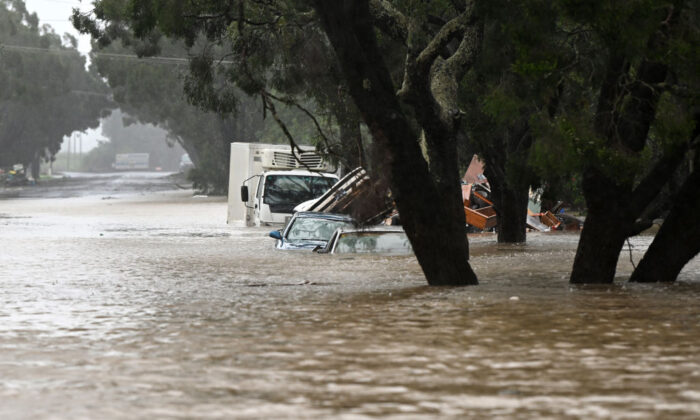 Evacuation orders are in place for the majority of residents in the northern New South Wales (NSW) town of Lismore for the second time in a month, after heavy to intense rainfall on Tuesday and overnight led to flash flooding, with roads inundated.

Residents in the north and south Lismore had already been asked to evacuate on Tuesday, but as of Wednesday morning, those in the CBD, Lismore Basin, and low lying areas of east Lismore were also told to up and leave before the expected overtopping of the Wilson River and further road closures.

As predicted, the Wilson River levee height of 10.65 metres was exceeded at around 9.30 a.m., and a State Emergency Service (SES) spokesperson confirmed that floodwater is now entering the Lismore CBD.

This comes just a month after the town and many other parts of northeast NSW and southeast Queensland were hit by the worst flooding in recorded history, with 22 lives lost across the two states, thousands of homes damaged or destroyed, tens of thousands of residents requiring temporary accommodation, and clean-up operations still in progress.

The current major flooding in Lismore is the result of a low-pressure system off the coast bringing thunderstorms with intense rainfall to a region whose ground is still saturated and catchments full from the previous flood event.

The weather system has also severely impacted the mid-north coast of NSW, with multiple flood and evacuation warnings in place for the region.

State Emergency Services (SES) reported that major flooding is occurring along the Bellinger River at Thora and Bellingen, while there is moderate flooding along the Nambucca River at Bowraville, 20 kilometres inland from Nambucca Heads.

Meanwhile, minor flooding is occurring at Repton, Uranga, and Macksville, and minor to moderate flood warnings are in place for the Macleay River at George’s Creek, Bellbrook, Kempsey, and Smithtown.

As a low-pressure system will continue to bring heavy rain to the region through Wednesday, with flash and riverine flooding expected, evacuation warnings have also been issued for Yellow Rock, Macksville, Bellingen, Uranga, Newry Island, and the Bellinger River Tourist Park.

With multiple road closures and dangerous conditions, residents on the Mid-North Coast have been advised to avoid all non-essential travel.