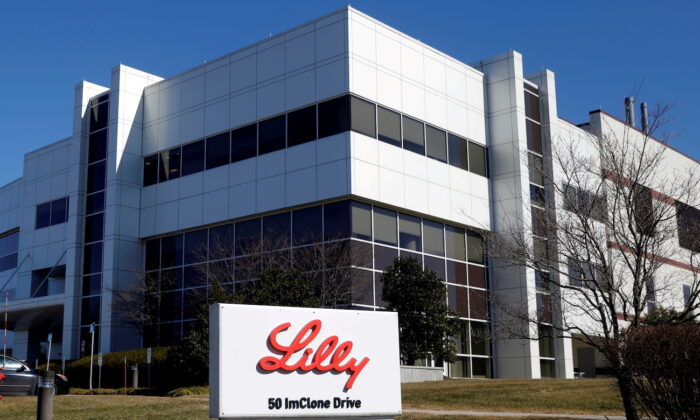 Pharmaceutical giant Eli Lilly said it is looking to expand its Indiana-based headquarters outside the state after Indiana placed a ban on most abortions.

“As a global company headquartered in Indianapolis for more than 145 years, we work hard to retain and attract thousands of people who are important drivers of our state’s economy. Given this new law, we will be forced to plan for more employment growth outside our home state,” the company said in a statement to media outlets after the ban was enacted.

The pharmaceutical firm said it is “concerned” the law will hinder Eli Lilly’s “ability to attract diverse scientific, engineering and business talent from around the world,” without providing evidence for the claim. A number of Latin American, African, Asian, and Middle Eastern countries have more restrictive abortion laws than many U.S. states, according to the left-wing Center for Reproductive Rights.

“While we have expanded our employee health plan coverage to include travel for reproductive services unavailable locally, that may not be enough for some current and potential employees,” the company said.

Indiana Gov. Eric Holcomb, a Republican, signed the abortion law late last week. The law bans abortion except in cases of rape, incest, when the woman’s life is in danger, and fatal fetal anomalies.

“Following the overturning of Roe, I stated clearly that I would be willing to support legislation that made progress in protecting life,” Holcomb said in a statement. “In my view, [the bill] accomplishes this goal following its passage in both chambers of the Indiana General Assembly with a solid majority of support.”

Other than Eli Lilly’s statement, the law was also condemned by the Biden administration as well as several other major corporations after it was signed into law.

Eli Lilly’s statement is likely to draw criticism from Republicans, who have accused other big corporations of attempting to interfere in local politics. Last year, Coca-Cola, Major League Baseball, and Delta Air Lines drew condemnation from Republicans in Georgia for issuing critical statements about a Republican-backed voting law.

In Florida, meanwhile, Disney drew criticism from Gov. Ron DeSantis for opposing a bill that blocks the teaching of sexual orientation to young children.

Indiana’s abortion ban comes weeks after the U.S. Supreme Court issued a ruling that overturned Roe v. Wade and Planned Parenthood v. Casey, cases that claimed a woman has a constitutional right to obtain an abortion. Some religious groups and conservatives, for years, have said the procedure is murder.

Writing for the majority, Supreme Court Justice Samuel Alito said the U.S. Constitution doesn’t mention abortions and said states should have the right to pass laws on whether abortion should be allowed or restricted.