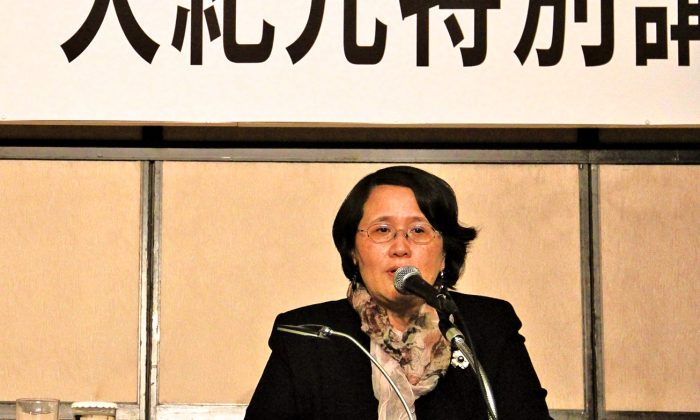 Editor’s Note: From the Tiananmen Square Massacre to this day, Chinese society has undergone a series of major events that have brought unprecedented changes to China, and these will continue to have a profound impact on China and the rest of the world. However, the Chinese Communist Party (CCP) regime uses the Chinese market as bait to put pressure on overseas governments, media, companies, and investors through diplomatic channels, and force the international media to filter out the truths that have been regarded as extremely sensitive by the CCP regime. This causes outsiders to be bewildered about the current situation in China, which can make them miss historic opportunities.

A popular world topic for the last twenty years is that the 21st century is the Pacific Century. The 20th century was called the Atlantic Century because during the past two hundred years, the center of the world civilization shifted from Europe to the United States.

Personally, I think it is too early to say the Pacific Century is coming. However, during the shift from one world center to multiple centers, the Pacific Rim region is indeed becoming increasingly important.

Among the Pacific Rim countries, the most important ones are the United States, China, and Japan. The relations of these three countries will determine the arrival time of the so-called Pacific Century.

From the modern geopolitical point of view, the relationship between China and Japan is extremely important. After the establishment of the CCP regime, Mao Zedong and Deng Xiaoping adopted strategies of cooperation with Japan.

From China’s point of view, the Sino-Japanese relationship is probably one of the most important foreign relations. The majority of China’s foreign ministers have previously served as the Ambassador to the United States, and the few others had previously been the Ambassador to Japan. The number could partly explain the issue of importance.

Since the final stage of former CCP leader Jiang Zemin’s period, the Sino-Japanese relations have begun to have problems. To understand this, we have to start from China’s internal political development.

First, after 30 years of Deng Xiaoping-style economic reform and opening, a complete communist ideological collapse has been witnessed in China. The moral values of the mainstream Chinese society bear neither the core values of ancient times—benevolence, righteousness, integrity, wisdom, and faith, which have been completely destroyed—nor the so-called moral values of communism, which has completely collapsed.

The lack of core moral values in a huge country like China is destructive, because the harmony and cooperation of such a society needs a “spiritual mobilization mechanism.” In ancient China it was Heaven’s Law, the imperial power, righteousness, and other social values that played this role. Now these are all gone, and so is the communist ideology.

Therefore, nationalism has become the “spiritual mobilization mechanism.” From the political aspect, nationalism can easily turn to statism, which means everything—including economic and political domains, individual rights, freedom, and so on—are all subjected to the interest of the state.

The problem is that nationalism needs an imaginary enemy to enable it to have the greatest cohesive power. Unfortunately, Japan has become the best choice of enemy for Chinese nationalism.

America is too far away and too strong. Vietnam, the Philippines, India, and others are either too small or on the edge of the regional political core areas of China.

Japan fits the criteria since it is not too large and is an ally of America. Furthermore, it has historic and current territorial disputes with China over the Diaoyutai (Senkaku) Islands, and therefore it is regarded as an imaginary enemy. The Chinese people’s hatred towards Japan seems to be a matter of course and perfectly justified.

Second, hatred is the core of the Communist Party culture. The core value of the eight model operas during the Cultural Revolution was hatred. When the communist ideology dominated in China, it emphasized class hatred. Now that statism dominates China, it becomes nationalist hatred.

Hatred is a reflection of mood or emotion. It does not need a reason. Human emotion can exist for a long time, and even if the reason that caused a specific emotion is gone, the emotion can still exist.

Take the example of hatred. The reason for the hatred might have already been forgotten, but hatred can continue to exist. Moreover, the emotion can spread through the society.

The human brain can work automatically to find a reasonable cause for such emotion. Chinese society’s general hatred towards Japan is one such case.

Third, in September this year, the CCP regime will hold its first victory parade in 70 years since winning the Second Sino-Japanese War. This is the first time the CCP will hold such a parade. Many people wonder why the parade is being held after 70 years, not earlier.

This is a reflection of the Chinese Communist regime’s extreme lack of confidence. As mentioned before, nationalism and statism have replaced communism as the core values in China, and the CCP wants to claim the credit for the victory of the second Sino-Japanese War.

Over the past 20 years, the Chinese Communist Party and the Taiwan Nationalist Party (Kuomintang) have been debating over who led the victory in the war. In recent years, the debate shifted to who led the anti-Japanese war.

So the CCP’s official media recently published some articles to criticize and defame the Kuomintang army generals of the anti-Japanese period. Taiwan’s Kuomintang is also trying to claim credit for the victory.

Now in the hearts of ordinary Chinese people, whichever one is tougher on Japan is the one they will give credit to.

Fourth, we said before that the communist dictatorship has inherited some structural problems. Due to the lack of legitimacy of the succession, some internal and social issues tend to emerge.

In the operation of the communist regime, it is extremely important for the supreme-power ruler to have the highest authority. When he does not have enough authority, he must express a tough stance toward foreign affairs.

On the other hand, when he has enough ability to control the internal imbalances, he can then have enough energy to implement balanced diplomacy.

Previous rulers like Mao Zedong and Deng Xiaoping chose to adopt friendly partner relationships with Japan because they had enough authority.

Therefore, with any instability within the Communist Party, particularly during the power-struggle intensification period, we often see the relationship with Japan cooling down.

I personally believe that the Sino-Japanese relations determine whether Asia (mainly East Asia and Southeast Asia) can enter a new era collectively.

China and Japan do not only need to cooperate politically and economically, but also need to cooperate in multiple other areas including culture, art, philosophy, literature, cultural psychology, history, and scientific research. Apparently the cooperation should not be limited to the government level or a government-led civil level.

Reconciliation is the prerequisite for cooperation. Under current conditions, a comprehensive reconciliation will be very difficult.

To step out of the historical hatred between China and Japan, China needs to have a more natural and reasonable power succession mechanism, a more tolerant and inclusive value system, and a more confident national cultural environment. The premise of all of these is to get rid of the Chinese Communist regime.