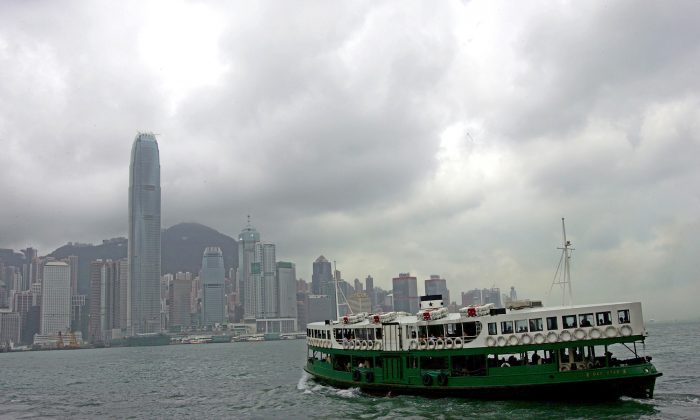 The latest change in political climate has not only brought economic and social changes to China, but also directly affects the business strategies of multinational corporations.

Under the current political climate, businesses, especially overseas companies, need to understand the new political environment in order to accurately comprehend the future market of China, avoid short-sighted decisions, and reduce business risks so they can maintain their solid positions in the business world.

The anti-corruption campaign being carried out by the Central Commission for Discipline Inspection (CCDI) has spread overseas. Recently, the CCDI’s website disclosed that the head of the discipline department of the Ministry of Foreign Affairs had inspected China’s Embassy in the United States, the Permanent Mission of the People’s Republic of China to the United Nations, and some other diplomatic embassies and consulates.

Some analysts believe this is aimed at supporters of former Chinese Communist Party (CCP) leader Jiang Zemin, with the intention to wipe out and penalize a variety of illegal business behaviors and transactions directly led by Jiang’s faction through the embassies and consulates.

During Jiang’s 20 years of control, many international corporations signed commercial contracts with the Chinese government. During the current political combat, current Party leader Xi Jinping’s officials are gradually rejecting and terminating some of these commercial contracts, in some cases even taking legal action against associated parties.

Therefore, international businesses need to have a correct understanding of the change. If they are still going by the outdated method of making political compromises in exchange for economic benefits, they will not be able to win the Chinese market.

Chinese official media reported in Dec. 2014 that 428 fugitive corrupt officials had been arrested since July 22 that year, including 231 who self-surrendered.

This “Fox Hunt Operation” is led by CCDI secretary Wang Qishan and is targeting corrupt officials who have fled. The operation has been considered the second frontline of the anti-corruption battle.

Xi does not like Jiang’s previous practices and is in the process of arresting Jiang’s allies one by one. The Fox Hunt Operation is meant to capture the Jiang faction’s fugitive corrupt officials.

In the meantime, commercial contracts signed between the Jiang faction and foreign companies or governments are being canceled and must be renegotiated. Overseas China experts have indicated that the international markets are watching carefully this year and reevaluating the new economic changes due to Xi’s cleanup and anti-corruption campaign.

The following is widely regarded as a typical case of cancellation of a contract signed by the Jiang faction.

On Jan. 30, the Mexican government announced that its high-speed rail project would be on hold indefinitely. This in fact nullified the contract signed with the Chinese consortium, including China Railway Construction (01186), China South Locomotive (01766), and others.

Last November, the China Railway Construction-led consortium won the bid of the Mexican high-speed rail project. Three days later, the president of Mexico abruptly scrapped the contract. The inside story is quite intricate.

International media widely reported the inside story of the scrapped $3.7 billion Mexican high-speed rail deal. The Mexican president’s wife allegedly received a mansion as a gift from China Railway Construction’s bidding company in Mexico a few years ago.

The high-speed rail project had been under the control of former Ministry of Railways minister Liu Zhijun. Liu was a confidant of Jiang and had been sentenced to death with reprieve.

The default of the contract was triggered by the interest exchange between the Mexican president’s wife and the seniors of the China Railway Construction consortium that was controlled by the Jiang faction.

According to experts familiar with Chinese affairs, information of such a level of interest exchange is often from senior officials of the Ministry of State Security (MSS) of the People’s Republic of China.

Xi has now taken control of the national security system. Currently the most-used strategy is to reveal bribery information about overseas dignitaries and consortiums to overseas media in order to cancel the contracts signed with the Jiang faction.

During Jiang’s 20 years in power, the Jiang faction implemented the dollar diplomacy to buy the silence of foreign governments and companies. They signed a large number of contracts, covering the areas of finance, energy, automotive, telecommunication, transportation, media, pharmaceuticals, entertainment, food, and real estate.

There are many similar cases of foreign governments’ attitudes changing towards China’s state business.

One example is China COSCO’s (1919) investment plan in Greece’s largest port, the Port of Piraeus. The original plan was to sell 67 percent equity to China COSCO, but the plan ran onto the rocks after Greece’s new Prime Minister Alexis Tsipras took office.

Another example is the Toulouse-Blagnac Airport of France. A 49.9 percent shareholder of the airport plans to sell to a Chinese consortium, but this has received strong opposition in France due to national security considerations.

The investment projects in Sri Lanka and Myanmar were halted after changes of government. Many of these cases are related to the Jiang faction’s companies.

The Hong Kong-listed company Kaisa (1638) has been in the news for several months, and its dramatic change has been more bizarre than a movie.

The whereabouts of Kaisa’s key figures, the Kwok brothers, was a mystery. Xi’s authorities unprecedentedly imposed a sales ban by suspending Kaisa’s properties from the market.

The purpose was to force the Kwok brothers to return to mainland China to accept investigation and to disclose more details about key Jiang faction members behind Kaisa’s operation.

The available information shows that the Kwok brothers moved to Hong Kong at an earlier age. After the company descended into chaos, the second brother, Kwok Ying-shing, suddenly resigned from his post as the executive director and the chairman of the board last December for health reasons. This was two months after he disappeared from the public.

Another brother, Kwok Chi-shing, resigned from his position as a non-executive board member, and then several seniors resigned as well. The eldest brother, Kwok Wai-chun, is a shareholder but does not hold any posts in the company.

The media reported that the Kwok brothers would not return to mainland China because the authorities would force them to reveal the intricate relationship between government officials and the business.

The case involves not only Zhou Bin, the son of former Politburo Standing Committee member Zhou Yongkang; but also Wang Rong, Jiang’s ally and former Party Secretary of Shenzhen; and Jiang Zunyu, sacked former secretary of the Politics and Law Committee in Shenzhen.

Kaisa’s woes are linked in countless ways to the power decline of its supporters in the Jiang faction.

Zhou Yongkang was in power in the central political and legal system for more than 10 years. His adherents spread all over the system and held the real power.

They had thousands of acres of land bank. Part of the project was provided to officials of the political and legal system by Zhou Yongkang’s family representative, Sichuan businessman Wu Bing.

After Zhou Yongkang fell from power, Jiang Zunyu was sacked and faced corruption charges. Last October it was said that Kwok Ying-shing had been taken away by the authorities, and Kaisa’s debt storm broke out.

In the past, Kwok Ying-shing often accompanied Jiang Zunyu during his visits, and the latter often attended Kaisa’s ground breaking ceremonies. This indicates the close relationship between the two.

Jiang Zunyu, who was then the Party secretary of Longgang District, attended the demolition ceremony with Kwok Ying-shing in March 2011. The Kwok brothers also had close ties to Shenzhen Municipal Party Secretary Wang Rong as well as former Shenzhen Party Secretary Huang Liman, who used to be Jiang Zemin’s secretary and was accused of being Jiang’s mistress.

In August 2012, the World Organization to Investigate the Persecution of Falun Gong (WOIPFG), headquartered in the United States, issued a report that said the so-called “Care Association” is another name for “Cult Association” and can be classified as the same type of organization as the 610 Office.

The Care Association is a self-proclaimed civil organization was set up for the sole purpose of persecuting Falun Gong. It is a state organization, but operates under the cover of a non-government organization with the purpose to attack Falun Gong practitioners and other spiritual groups.

Its commander is behind the CCP Political and Law Committee, a Gestapo-like organization headed by Zhou Yongkang, and its branch organizations extend into Hong Kong.

As for the Care Office, WOIPFG spokesperson Wang Zhiyuan told Epoch Times that although there has been no detailed analysis, from its strong Political and Law Committee background, it is very likely that the Care Office is on the same team as the HKYCA and plays the same role of brainwashing. Kwok Ying-shing’s donation indicates their unusual relationship.

It is worth noting that several Hong Kong tycoons, including Emperor Group founder Albert Yeung Sau-shing, are alleged to be financial supporters of the HKYCA. These people are also supporters of Kaisa and Fantasia and have close relationships with Hong Kong Chief Executive Leung Chun-ying, a Jiang faction supporter.

Yeung was affirmed by Zeng Qinghong and met with him many times. Yeung directly donated money to support the HKYCA’s suppression of Falun Gong and published lengthy articles to discredit Falun Gong through the Hong Kong Daily News.

Sources alleged that Kwok Ying-shing’s extensive connection with the Jiang faction made him the primary target of Xi’s authorities’ Fox Hunt Operation. The purpose is to deter Jiang faction tycoons in Hong Kong and request them to return to mainland China for investigation.

After Jiang Zemin’s son Jiang Mianheng was dismissed from his position, many Hong Kong businessmen began to realize this was a special signal.

The Kwok brothers’ experience forced the Hong Kong financial sector to reassess their political and business risks. They are afraid of getting connected to Jiang faction businesses.

The situation in China will change dramatically in 2015. Businesses that have close ties to the Jiang faction will have a high risk of being purged. The investment community is watching carefully for future developments.

In the past, many large companies deliberately avoided Falun Gong, for fear of business losses and retaliation from the Jiang faction.

Right now, many international consortiums are trying to figure out how to identify and avoid cooperating with Jiang faction officials and businesses so they will not lose the future market of China.

Epoch Times provides an accurate forecast and analysis of the changes in China. Therefore many international investors, overseas researchers, and government officials have become loyal readers of Epoch Times.

In the context of the Xi-Jiang battle, political and economic instability, the withdrawal of 200 million Chinese from the CCP and its associated organizations, and the possible downfall of the CCP regime, the overseas financial sector has seen massive capital outflow from China to seek safe harbors.

Take the United States as an example. America is one of the hot places for China’s capital inflows. Last year, for the first time, the ten thousand EB-5 investment category immigration quota was used up, and Chinese accounted for 83 percent of the quota.

Chinese have become the main buyers of overseas real estate. In 2014, rich Chinese people purchased a total value of US $22 billion in real estate in the United States, a 72 percent increase over 2013.

New York has been the most popular choice for Chinese buyers. Wealthy Chinese tend to buy properties through shell companies to hide the source of their funds and identities, including some of those pursued by the Chinese government.