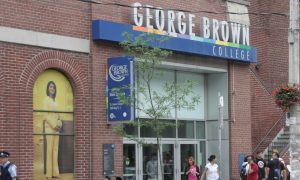 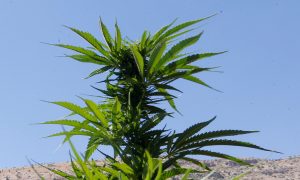 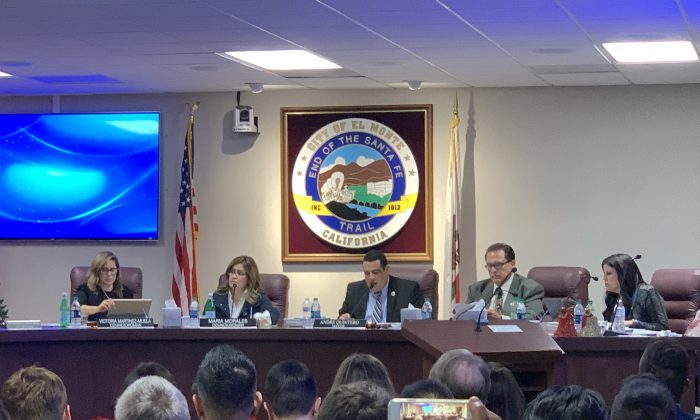 The El Monte City Council voted 4 to 1 to approve a proposal to build a cannabis facility in the city on Dec. 19, 2018. (Jenny Liu/The Epoch Times)
Southern California

A proposal to build a 4.4-acre cannabis facility was approved by the El Monte City Council on Dec. 19 after a marathon public hearing, despite an estimated 2,000 plus residents protesting the controversial proposal inside and outside the city hall.

Tuesday’s meeting lasted about seven hours and went past midnight, as a large number of people spoke out against the proposal in front of the city council. Opponents who couldn’t be admitted into the meeting room due to the occupancy limit filled up the hallway or stood outside of the building.

People held signs reading “No Marijuana here” or “Recall Pot Council” and occupied part of the sidewalk outside the city hall, chanting “No marijuana!” and “Keep students safe!”

According to the city’s Planning Commission Staff Report, the proposed project will cultivate, process and distribute medicinal cannabis from a 71,658-square-foot building. The facility will produce about 13,000 pounds of cannabis every year.

The report indicates that the space for cultivation is listed as 43,882 square feet, while the total site area is 4.4 acres (191,644 square feet). Based on data gathered by the Growers Network, the facility would rank as one of the largest cannabis facilities in California.

Teresa Tsai, who represents the project’s developer, GSC Holding Group, told opponents that the cannabis facility would be used for medicinal cannabis only and it would not be any different from other businesses in the area. However, many residents disagreed.

“I’m scared because of our kids. It’s too close to our schools,” said Irma Zamorano, who has lived in El Monte for 47 years. “We don’t want it here. They can put it anywhere else, but not here.”

Recently elected council member Jessica Ancona, who once served as a member of the school district in El Monte, is the only council member who voted against the project.

“Just over a year ago … I along with my colleagues from other school districts in El Monte, we unanimously passed a resolution in opposition of cannabis coming into El Monte,” Ancona said at the council meeting. “Our main concern was we want to keep it away from our schools, our children because there is a rising concern that it makes its way into campuses and the hands of our children.”

According to the opponent’s petition website, there are eight elementary schools within two miles of the proposed cannabis facility.

In addition, after the El Monte Planning Commission approved the proposed project and submitted it to the city council, neighboring cities also raised concerns that the project could impact their communities.

A residential area of Temple City is located right across the street from the facility, and the city sent letters in November to El Monte questioning the project’s environmental review and planning issues.

The city of Rosemead, which is west of El Monte, said that the project’s Mitigated Negative Declaration and Initial Study failed to “adequately address the environmental impacts.”