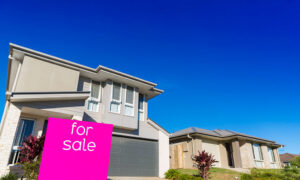 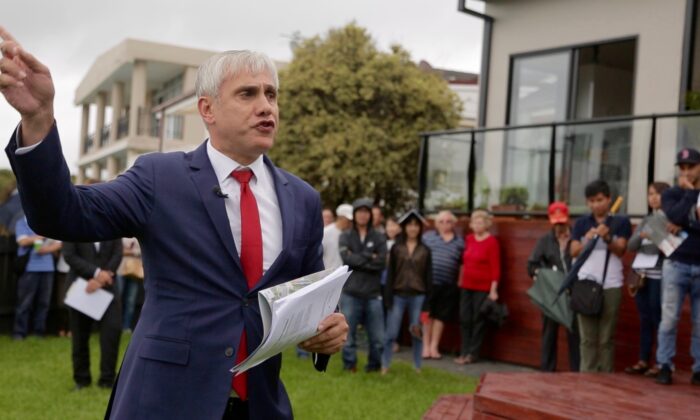 Tom Panos, a Sydney-based auctioneer expects more listings on the market in the next few months. (Source: Supply)
Australia

Australia’s major banks are forecasting the nation’s property boom to continue under the auspices of strong economic rebound and ultra-low interest rates. The accelerating post-COVID-19 price rise is largely driven by owner-occupier purchasers and reflects supply lagging behind the shifting demand.

The CEOs of four major banks all signalled an optimistic outlook on the house price growth during the latest session with the House Standing Committee on Economics in Canberra.  Commonwealth Bank (CBA), Westpac Bank and National Bank of Australia (NAB ) forecast an increase of at least 10 percent this year, and ANZ Bank expects annual growth of up to 17 percent.

CBA CEO Matt Comyn said the bank had upgraded its house price forecast for 2021 following an “acceleration” in price inflation in February and March.

“We were thinking 8 percent, and we are now thinking 10 percent,” he told Liberal MP Tim Wilson, the committee chairman, on April 15.

Westpac CEO Peter King is confident that the current momentum will sustain for another 12 months, forecasting a 10 percent increase for this year and next year as “there is not a lot of turnover in the market and stock is very tight, so houses are being well bid.”

On April 16, ANZ CEO Shayne Elliott said that the bank predicted  last month that house prices could rise by 17 percent this year, and NAB’s Ross McEwan was equally optimistic, expecting that house price inflation “may well be in excess of 10 percent [this year], but time will tell.”

The updated forecasts come amidst a slew of positive economic statistics for Australia, with NAB noting business conditions were at record-high levels in March, upbeat consumer confidence and the lower-than-expected unemployment rate for March—down to 5.6 percent from 5.8 percent. All of which is encouraging and bolstering the confidence in the property market.

Soaring Prices Not a Risk For the Economy

Comyn, who has previously described the recovery in the labour market as “miraculous”, said it was important not to frame high property prices as a problem, arguing that they are a positive sign and consistent with a strong rebound in the economy.

”We are not overly concerned with what we are seeing at the moment in the context of broader financial stability,” he said.

All bankers also noted that, unlike the last boom,  the activities in the current market are being dominated by owner-occupiers, which mitigates potential risks to financial stability.

CBA and ANZ data show that the first home buyers make up about 75 percent of both banks loan applications. While the NAB saw 16 percent of its mortgages go to first-time home buyers, with loan size averaging at $280,000.

In contrast, the growth of investment loan is much lower.

“If we look at high LVR, interest-only and investor lending … these three are much lower than we saw at the last peak and up a little bit but not too much on the last six to 12 months,” Westpac’s King said.

Further, the CEO’s all said that there are fewer risks due to lower interest rates as customers are paying down loans faster.

According to NAB’s McEwan, many of those who have refinanced to lower rates are maintaining the original repayment levels, resulting in 70 percent of NAB customers being now at least one month ahead on repayments.

Prices A Function of Supply and Demand

The views of the major banks’  are echoed by Rich Harvey, the founder of a Sydney buyer advocacy agency Propertybuyer.

Having experienced several market cycles during his 20-year career as a licensed property buyer agent, he said the soaring prices, especially those in the Sydney market, are more of a function of supply and demand.

“COVID-19 has accelerated the demand for properties and prompted many people to bring forward their plan to buy houses,” the previous senior economist told the Epoch Times on April 16.

“Low-interest rates are playing a role, but it is the government stimulus and the surplus savings in households that have enabled people to buy.”  In addition, strong economic recovery and a lower-than-expected unemployment rate also help bolster the confidence in the property market.

Most of Harvey’s clients are owner-occupiers, and houses are becoming a favoured option.

“COVID-19 has changed people’s living preference,” he explained. “More are buying for upsizing or for lifestyle, but the stock is tight.”

Harvey has also observed many cashed-up expatriates flooding in the market to secure a home.

“There are 440,000 expatriates coming back since the outbreak of COVID-19, and they are replacing foreign investors as keen and strong buyers,” he said.

His team just purchased an off-market property in Sydney’s east suburb for a returning expatriate family for $8.5 million.

Signs of Frenzy Easing Off

Looking ahead, Harvey believes the current momentum will continue for some time unless there is significant catch-up in supply. “If you want to buy property, act now,” he said. “If you are to wait until the price goes down, you will miss out.”

However, some agents have sensed the signs of slowing down.

Tom Panos, a Sydney-based auctioneer of 30-year experience, said while the Sydney property market is still hot, it may have plateaued.

After witnessing first hand the FOMO (Fear of Missing Out) on auctions over the last few months, Panos has recently spotted an emerging sentiment—the fear of overpaying.

“I have noticed that some buyers are simply fed up with the crazy real estate prices and are moving from buying to just observing,” he said.

On the supply side, Panos expects more listings on the market in the coming months, as the soaring prices drive vendors to take advantage of the height of the market.

“This basically means buyers will have more choice, and this will take the pressure off prices,” he explained. “I don’t see the prices fall in the short term, but the craziness will subdue, and this is good news for buyers.”