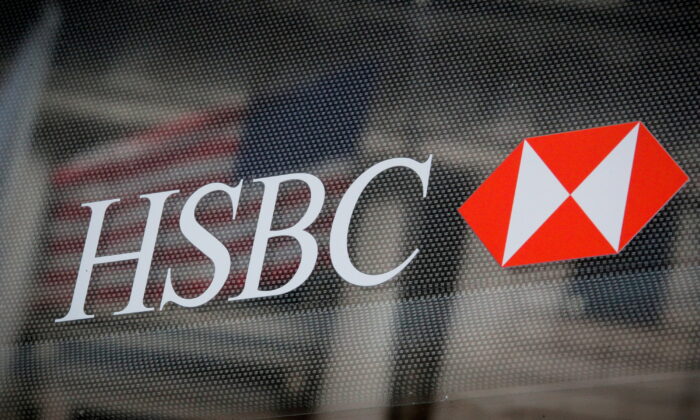 The HSBC bank logo is seen on a branch bank in the financial district of New York City on Aug. 7, 2019. (Brendan McDermid/Reuters)
Companies

The head of one of HSBC’s biggest competitors has said that free speech is becoming “increasingly difficult” after a top executive at HSBC Holdings was suspended when he criticized central bankers and policymakers for exaggerating the financial risks of climate change.

Stuart Kirk, the global head of responsible investing at HSBC’s asset management division, was suspended following an internal investigation into a presentation he delivered at the Financial Times Moral Money Summit on May 19, in which he compared the climate crisis to the Y2K bug or Millennium bug, a theory from the late 1990s stating that computer errors were projected to create massive computer malfunctions in the year 2000.

Bill Winters, chief executive of rival bank Standard Chartered, told The Telegraph that it is “increasingly difficult to speak out against anything” and that people “should speak their mind.”

Winters said that while he does not agree with Kirk’s comments, calling his presentation “very colorful,” he does encourage free speech.

During the presentation, Kirk said that throughout his 25-year banking career, “some nut job” was continuously lecturing him about the end of the world.

He also accused central bankers and policymakers of exaggerating the financial risks of climate change in an attempt to “out-hyperbole the next guy.”

“Unsubstantiated, shrill, partisan, self-serving, apocalyptic warnings are ALWAYS wrong,” he wrote on a slide delivered alongside his speech. Kirk’s presentation was titled “Why investors need not worry about climate risk.”

Kirk was promptly suspended, while Noel Quinn, group chief executive at HSBC, wrote on LinkedIn: “I do not agree–at all–with the remarks made at last week’s FT Moral Money Summit.”

“They are inconsistent with HSBC’s strategy and do not reflect the views of the senior leadership of HSBC or HSBC Asset Management. Our ambition is to be the leading bank supporting the global economy in the transition to net zero.”

Kirk did not immediately respond to a request for comment from The Epoch Times.

Meanwhile, human rights activists have accused HSBC of having “eye-watering double standards” over the reported sacking, pointing to the fact that the bank has refused to condemn a stringent crackdown on free speech in Hong Kong—a significant economic center for the company—while simultaneously punishing dissenting viewpoints regarding climate change.

Luke de Pulford, human rights activist and coordinator of the Inter-Parliamentary Alliance on China, told the publication it was “exactly what we have come to expect from HSBC.”

“Happy to freeze the bank accounts of peaceful democracy campaigners while suspending bankers who don’t agree with the climate consensus,” Pulford said.

Simon Cheng, the founder of Hongkongers in Britain, said: “If HSBC is so determined to show up the big sense of social responsibility … then it should not be in a harsh way to silence their employees for climate change policy, but set people and their HSBC bank accounts free to stand up to [the] repressive national security law and Chinese totalitarian regime.”

Kirk’s comments came as banks across the globe were racing to assess the financial risks posed by climate change.

In April, HSBC was found in draft conclusions by the UK watchdog Advertising Standards Authority to have misled customers in two advertisements published in October 2021 by promoting green initiatives while omitting information about its financing of companies with substantial emissions, the Financial Times reported.