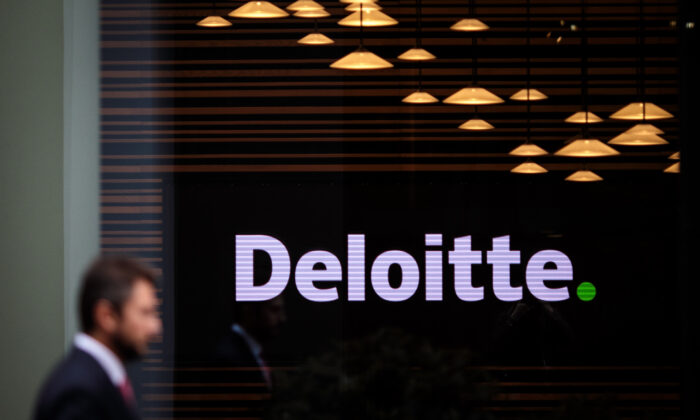 Two of the “big four” global accounting firms are facing scrutiny in China for audits related to Chinese clients.

In February, a staffer at Deloitte’s China affiliate sent a 55-page PowerPoint presentation to employees documenting alleged auditing and oversight violations in the firm’s audits of Chinese clients. The presentation went viral on Chinese social media Weibo and Zhihu, with many online commentators expressing support for the whistleblower and calling for government investigations into auditing practices.

The presentation, drafted by an unidentified Beijing-based employee who referred to themself as YW, detailed several potential auditing issues dating back to 2016 and involving 10 clients.

Some of the more material accusations involve senior managers of the firm failing to abide by proper auditing procedures. For example, during the audit of RYB Education—a New York Stock Exchange-listed company—the whistleblower found certain information in the auditing wallpapers that weren’t consistent with actual receipts and vouchers provided by the company and was told that they “needn’t to be so careful, [and] just fill in it casually,” the presentation said.

In another instance related to RYB Education, the auditor found certain expenses incurred by the company were not business-related but personal overseas shopping and consumption expenses of the company’s senior management, including golf tuition paid for the founder’s child in New York. After raising these issues to senior management at Deloitte, the whistleblower alleged that no further investigation was deemed necessary by Deloitte managers and partners.

The whistleblower also alleged that the partner in charge of Deloitte’s RYB audit accepted a gift card to a beauty salon worth tens of thousands of yuan from the client, and increased audit fees charged to RYB in exchange for covering up certain problems for the company. That could jeopardize the independence of the auditor in its audit work, the presentation states.

RYB Education itself hasn’t been free of controversy. The education services provider in 2017 was accused of child abuse at a Beijing nursery after Chinese state media Xinhua reported that children were reportedly sexually molested and pierced by needles.

“Deloitte‘s toleration, connivance, shielding, and concealment of the personnel involved in the audit quality problems have seriously damaged the order of domestic and foreign financial markets, affected the quality of audit reports, and brought huge risks to the investment decision,” the presentation’s author concluded.

Deloitte said that it was aware of the allegations and have internally reviewed the matter, “and found no evidence that affects the adequacy of our audit work,” a Feb. 5 Deloitte statement reads.

The presentation also drew the scrutiny of Chinese regulators. China’s Ministry of Finance reportedly has called a meeting with Deloitte China’s management.

Deloitte, which is one of the world’s largest accounting firms, along with PricewaterhouseCoopers, KPMG, and Ernst & Young, isn’t the only big four firm mired in controversy in China. Ernst & Young is also facing whistleblower claims related to audit work for major Chinese clients. According to a UK Telegraph report, a whistleblower accused senior EY managers of “looking the other way when large client Xinwei Group failed to disclose a risky stock purchase.”

Ernst & Young did not respond to a request by The Epoch Times for comment.

It’s arguable whether these infractions are material enough to alter the audit opinion of these companies’ financial statements. But the claims do offer a window into arcane intricacies of the auditing profession, and could bring about more regulation and scrutiny around the ethics and procedures of auditors.

There are a few ways to dissect these allegations which have suddenly arisen in China.

For one, it is well known that during the annual busy season, auditors are extremely busy and need to review hundreds if not thousands of documents per week. According to a big four staffer in New York who wished to remain anonymous, at a micro-level, small infractions are common and senior audit managers must constantly juggle meeting tight deadlines, versus addressing and documenting audit issues raised.

Some issues are indeed “documented away” if they are deemed too immaterial to alter the outcome of the audit or integrity of the financials, the source said.

But small items do add up. This is one reason why audit quality among the big firms have been called into question. EY is facing scrutiny in Europe following the collapse of once high-flying German payments provider Wirecard. In 2020, KPMG was sued in the UK for its audit of bankrupt British construction giant Carillion.

In its latest report, the U.S. Public Company Accounting Oversight Board (PCAOB)—the industry oversight body for auditors—found that 30 percent of all PricewaterhouseCoopers and KPMG’s audits in 2020 had significant deficiencies, with EY and Deloitte at 18 percent and 10 percent, respectively.

Compounding these issues are challenges that are more specific to China.

There have been a series of financial scandals involving U.S.-listed Chinese businesses, most notably Chinese coffee chain Luckin Coffee, which was delisted from Nasdaq in 2020 after the company was found to have fabricated sales. Other U.S.-listed Chinese firms, including TAL Education Group and iQiyi, have been the target of whistleblowers and short-sellers for alleged accounting and financial improprieties.

Large Chinese companies are audited by local affiliates of big four auditors who don’t answer to the PCAOB or the U.S. Securities and Exchange Commission (SEC). The Chinese Communist Party (CCP) leadership views the accounts and financial records of Chinese companies as confidential and private “state secrets.”

But U.S. regulators have begun to push back. The Holding Foreign Companies Accountable Act was signed into law in December to force U.S.-listed foreign companies to submit to PCAOB inspection or face delisting.

The risk of arbitrary government interference and executives’ acquiescence to the ruling CCP regime presents another challenge, one which is harder to overcome than access to audit work papers.

There are allegedly thousands of CCP members employed by the big four accounting firms in China, including at least one partner at each of the four firms, according to a recent Telegraph report. EY and Deloitte each employ more than 800 CCP members.

Yang Jie, a partner at KPMG China, was quoted on a Chinese website praising the country’s ruling regime, stating that “we often organize to learn the spirit of the party, and Xi Jinping thought of reforming and arming us,” the Telegraph reported. She also participated in the 19th National Congress in 2017 as an honorable representative.

This fact itself isn’t breaking news. Almost anyone important in China is a CCP member, including corporate executives and wealthy entrepreneurs (such as Jack Ma).

Yet we know that the CCP demands absolute loyalty from its members and party interests are often paramount. This further complicates the role of auditors, whose fiduciary duty is to the public markets and independent shareholders of the companies they audit, not the CCP.