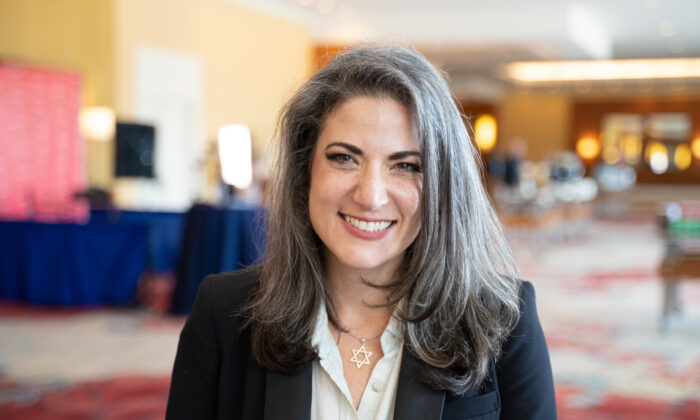 Police and health care workers, who were deemed heroes last year for working through the pandemic, now face being fired from their job if they don’t get vaccinated against COVID-19. Why are corporate media not giving them any gratitude, but instead “sneering or even rage?” According to Batya Ungar-Sargon, that’s because the mainstream media has abandoned the American working class and catered only to the liberal, highly educated elite.

Ungar-Sargon is a deputy opinion editor of Newsweek. She calls herself a lefty and a liberal. Last month, her new book “Bad News: How Woke Media Is Undermining Democracy” was published.

“The last 5, 10 years has been really the abandonment of the working class by journalists on the left,” Ungar-Sargon told EpochTV’s “CrossRoads” program in an interview premiered on Monday. “Now I’m a lefty, and so I’m coming at this as somebody who feels like my job is to elevate the working class, is to elevate laborers, to elevate the poor and their issues. But what happened was the mainstream media—liberal mainstream media—has really abandoned that fight in favor of one around issues of identity, wokeness, issues like critical race theory and intersectionality that are really, really alien to the concerns of working-class Americans of all races.”

Ungar-Sargon said that back in the 19th century, fathers of American journalism like Joseph Pulitzer and Benjamin Day thought that the point of journalism should be by and for and about the working class and the poor. But things have changed.

“What happened was liberals got very educated, especially over the last 20 years, that education has actually translated into affluence,” Ungar-Sargon said. “Liberals have become much more affluent. They’ve become part of the elite, part of the top 10 percent. So journalism was once a working-class trade, and you would have a journalist who made maybe a little bit more than his neighbor the cop. Today, journalism is a very elite caste.”

“So you can really see that shift,” Ungar-Sargon said.

“You have cops and nurses who are now being threatened with firing and actually [being] fired because they don’t want to get the vaccine,” Ungar-Sargon said. “Imagine a world where we would look at these people who went to work every day at the height of the pandemic, and we said to them: ‘Thank you so much for what you did. You don’t want to get vaccinated; we’ll find another way to make sure that the people you interact with are safe. Maybe we’ll do antibody testing. Maybe we’ll do COVID testing every day.’ And you can imagine a world in which the respect for the labor they put in during the pandemic was sort of given back to them.”

“Instead, what you see is just unbelievable sneering and even rage at these people. There’s zero gratitude,” Ungar-Sargon continued. “I think that really stems from that class chasm that we’re seeing in America, where people who have a certain kind of education, they just do not respect the other side, especially if they voted for Donald Trump. They do not think that they have a role in building up this nation.”

Ungar-Sargon said that’s really a shame. She went on to share her views about why the mainstream media has been pushing narratives such as white supremacy.

“Why [is] the media is pushing a narrative that America is a white supremacy when we have never been further from that? The answer that I came up with was it’s to hide the income inequality that the left is really benefiting from, that liberals, that highly educated, meritocratic elite liberals have really benefited from especially over the last 10 years.”

Ungar-Sargon said digital media’s emergence has pushed media, corporations, and different newspapers and outlets toward covering issues that appeal to smaller and smaller subsets of America.

“The real thing that made this sort of woke moral panic happen was the fact that with digital media, we measure success not in terms of circulation, but in terms of engagement,” Ungar-Sargon said, adding that news outlets want their content to go viral and want the attention.

Ungar-Sargon said the media’s abandonment of the American working class is a threat to democracy.

“It’s undermining democracy because a nation in which only the top 10 percent gets any media or any political attention is an oligarchy. It’s not a democracy. And essentially, the left has participated in the de-platforming of the working class. That’s a lot of Americans who you can tell that many on the left feel that they should not have a vote that they should not have a say,” Ungar-Sargon said.

“We have lost respect for the kind of insight and intelligence that is developed outside of a meritocratic, highly educated rat race. And I think that is a huge threat to democracy.”