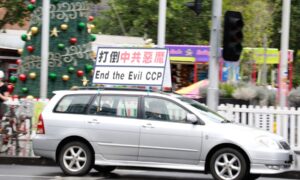 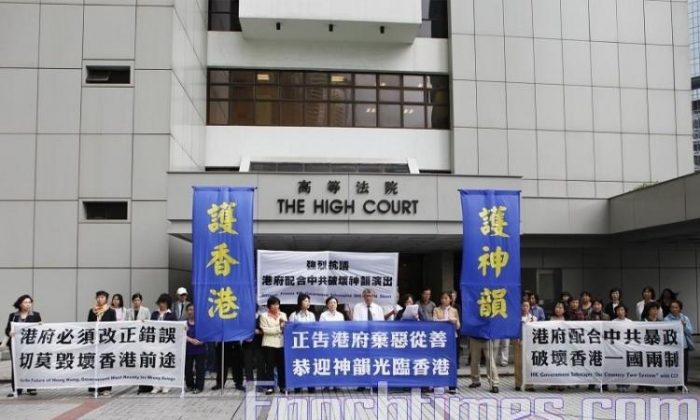 The host organization for inviting the U.S.-based Shen Yun Performing Arts to perform in Hong Kong has been unable to rent a performance venue for 10 years. Recent revelations indicate that the Liaison Office in Hong Kong, an organ of the Chinese regime, has been the force behind efforts to prevent government- and privately-owned theaters from renting their venues to Shen Yun.

Shen Yun Performing Arts, a top classical Chinese dance and music performing arts company, was established in New York in 2006 by Chinese artists who wished to revive traditional Chinese culture. Shen Yun has performed in top theaters in more than 100 cities around the world.

Shen Yun’s depictions of the Chinese regime’s persecution of the spiritual practice Falun Dafa, and of Chinese civilization as divinely inspired, have irked the officially atheist Chinese Communist authorities, which have repeatedly tried to hinder Shen Yun performances around the world since its inception, according to its website.

Hong Kong organizers of Shen Yun have also continually experienced obstruction in their efforts to get Shen Yun to perform in the southern Chinese city—which has an independent political and economic system from mainland China, thanks to its history as a former British colony, but has increasingly experienced interference from the Chinese regime since the city was returned to Chinese sovereignty in 1997.

Wu Xue’er, who represents Shen Yun organizers in Hong Kong, told The Epoch Times that the hosting organization has applied to rent eight government-owned theaters hundreds of times in the past decade since March 2008, but all applications were rejected without explanation.

So this March, Wu applied for Shen Yun to perform at a private theater inside the Heung Yee Kuk building for two weeks in September. However, Heung Yee Kuk, which is an association representing villages and market towns in Hong Kong, notified Wu that the venue would not available because a department of the Hong Kong government had recently leased the theater for the entire month of September.

Wu said she has learned from people familiar with the city’s Home Affairs Bureau that the city agency booked the theater under direction from the Liaison Office.

The Home Affairs Bureau is an agency that governs Hong Kong’s cultural affairs, and thus has access to many government-owned venues in the city. Wu questioned why the city government would choose to rent a private theater for a whole month.

According to Heung Yee Kuk association’s website, it charges more than 60,000 Hong Kong dollars ($7,644) per day for renting the theater. Renting for the whole month would cost almost two million Hong Kong dollars (approximately $230,000)—while the Home Affairs Bureau could rent the city’s own venues without charge.

Wu said that when she contacted other private theaters for Shen Yun’s performances, the theaters said they were threatened by the Chinese regime. One venue organization, which wished to remain anonymous, said it repeatedly received phone calls from the Liaison Office and other pro-communist organizations, telling them that the Liaison Office had issued orders, telling theaters that they could not lease their venues to Shen Yun. They even pressured the venue to provide information about the Shen Yun applicants.

Leung Yiu-chung, a long-time lawmaker in the Legislative Council of Hong Kong, said that the government should explain in detail why they chose to rent out the Heung Yee Kuk theater for the entire month. He suspected that the government is purposely suppressing freedom of expression.

Leung added that it was alarming that Shen Yun had not been able to rent a theater for so long, calling it an affront to the “one country, two systems” principle that guaranteed the separate governance of Hong Kong when China and the United Kingdom signed the Sino-British Declaration in 1997. “The space for ‘one country, two systems’ has shrunk ever more. Hong Kong’s Basic Law [constitution] states that the freedom of assembly and cultural expression in Hong Kong are protected. The government should not hinder [a cultural performance],” he said.

Wu Chi-wai, the current chairman of Hong Kong’s Democratic Party and Legislative Council member, said that he was disappointed that a top performing arts company like Shen Yun has been prevented from sharing its art due to political factors. “Both the government officials and owners of the Heung Yee Kuk venue owe the public an explanation.”