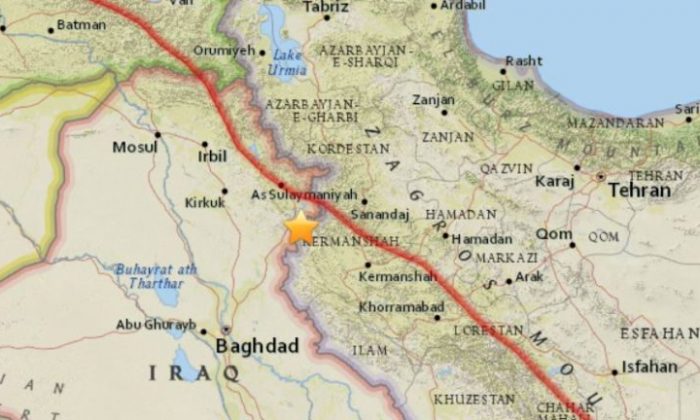 A major, magnitude-7.2 earthquake struck near the border of Iran and Iraq on Sunday. There are reports of damage to buildings, and some reports say that as many as six died.

The U.S. Geologic Survey said the quake hit about 20 miles from Halabjah, Iraq. It’s primarily focused around the Iranian city of Sulaymaniyah.

Al Jazeera’s Imran Khan reported from Baghdad: “Baghdad is not prone to earthquakes so when people began to come outside, the shock was visible on the faces.”

“For the first few seconds, I actually thought an explosion had taken place, but as it carried on – for up to a minute – I realised it was an earthquake,” he added.

The damage and injury toll is unclear.

The quake had a depth of around 20 miles.

Other details on the quake are unclear.

Users across the Middle East and Central Asia said they could feel a quake.

I think I just felt an earthquake!!

Did anyone just experience a light earthquake in kuwait? Our house in Bayan rocked for a bit

Did I just feel an earth tremor in Dubai?? Or is the wind really strong!! #dubai #earthquake

I have a friend in Iraq that just said a 7.6 earthquake has struck the Iran/Iraq border. He felt it in Baghdad.

THERE WAS JUST AN EARTHQUAKE WTAF..