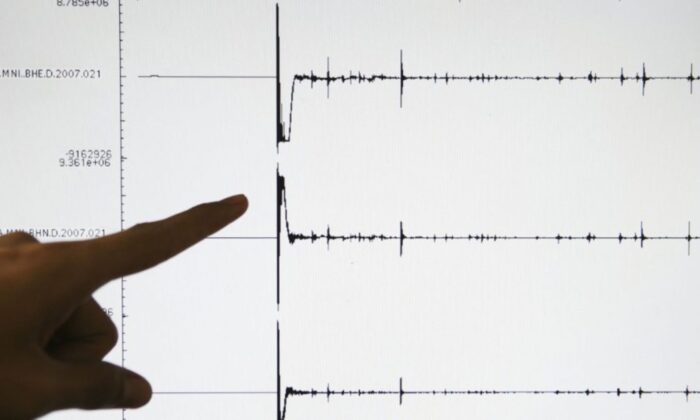 Photo of seismologist pointing at a screen graphic of an earthquake. (Dimas Ardian/Getty Images)
Asia & Pacific

TOKYO—A powerful earthquake registering a preliminary magnitude 6.1 shook the Tokyo area on Thursday night, but officials said there was no danger of a tsunami.

The Meteorological Agency said the quake was centered in Chiba prefecture, just east of Tokyo, at a depth of 48 miles.

It caused buildings to sway but there were no immediate reports of damage or injuries.

Shinkansen super express trains in and out of Tokyo were temporarily halted, NHK said.

Video taken in the busy downtown districts of Shibuya and Shinjuku showed cars moving and people walking on the streets as usual.