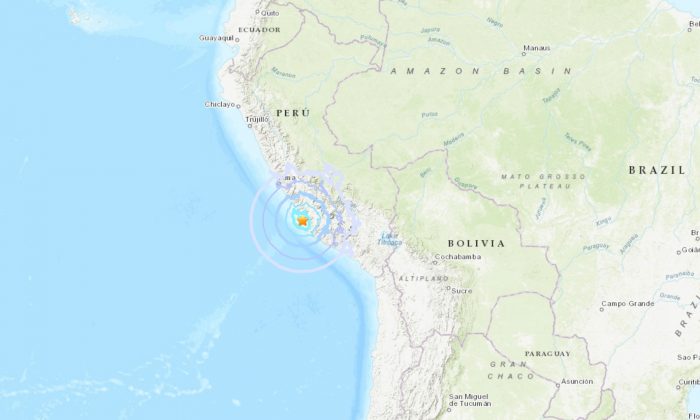 A magnitude-5.6 earthquake has hit near the coast of central Peru, the U.S. Geological Survey reported.

According to the USGS, the earthquake occurred at a depth of about 36 miles (58 kilometers) and has an exposed population of 450,000 people within 62 miles (100 kilometers).

The USGS has indicated a “Green” alert level which indicates a low likelihood of casualties, and less than $1 million in economic losses.

The earthquake was felt by 38 people, according to USGS’s “Felt” report.

Peru is situated on the “Ring of Fire,” an area in the basin of the Pacific Ocean which is prone to frequent earthquakes and volcanic eruptions.

On Jan. 14, 2018, a magnitude-7.1 earthquake struck the coast of Southern Peru, that killed one person and injured several dozen; hundreds of buildings were destroyed and thousands were displaced.