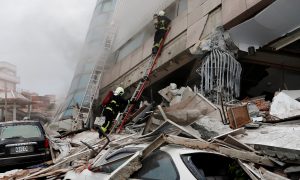 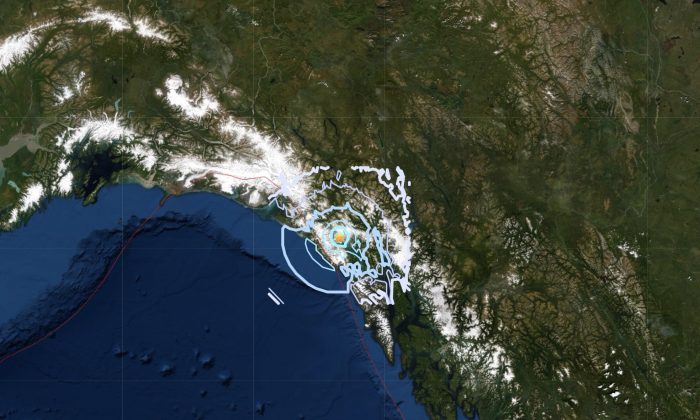 JUNEAU, Alaska—The Alaska Earthquake Center reports that a magnitude 5.0 earthquake hit southern Alaska. It was felt by people in the state’s capital Juneau.

Reviewed magnitude is 5.0. The reviewed location is just a mile and half NW of the automatic location, which puts it right next to the M3.8 from two days ago. We have felt reports from Sitka to Whitehorse. The big red dot is today’s M5, the overlapping yellow dot is the M3.8. pic.twitter.com/fKZoqcA6pO

The center says the earthquake hit at 8:32 p.m. Saturday and had an epicenter 43 miles west of Klukwan, a village of about 95 people. The earthquake had a depth of less than a mile.

Preliminary info on the Southeast earthquake at 8:32pm: M5.1, depth of about 1 mile, about 54 miles W of Haines, which puts it near the north end of Tarr Inlet in @GlacierBayNPS. We have felt reports from Juneau, Douglas, Haines, and Elfin Cove. https://t.co/oLYEeQW1LA

Several Juneau residents reported on social media that they felt the quake. One person tweeted: “Juneau just had an earthquake… I actually felt it. My bed was literally moving.”

There were no reports of significant damage.

The National Tsunami Warning Center said at 8:35 p.m. that there was no risk of a tsunami.

The last big earthquake to hit Alaska took place on Nov. 30, when a magnitude 7.1 earthquake struck near Anchorage.