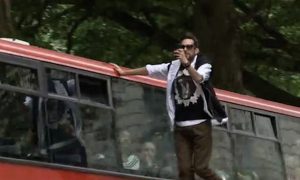 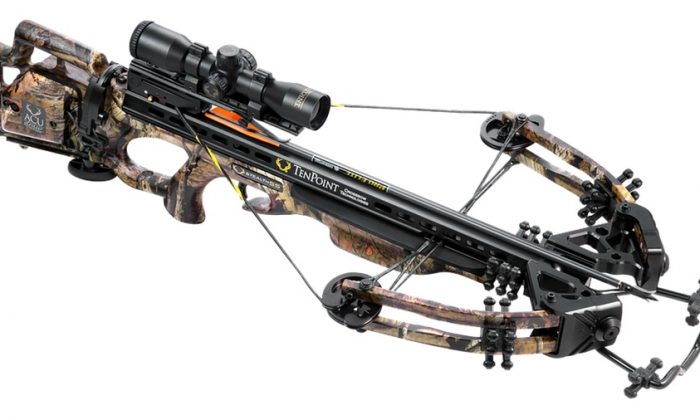 A magician was accidentally shot with a crossbow as horrified crowds watched a show gone wrong in South Africa on June 30.

The accident happened when magician Li Lau was performing an escape act and a crossbow held and fired by an apparatus hit him at the National Arts Festival (NAF) in Makhanda, according to Magic Africa, a creative consulting and magical entertainment production company.

The news was also confirmed by the magician on his Facebook account: “I’m all good and well following the minor mishap with the escape illusion,” wrote Lau.

Media reports had earlier said that the arrow was shot by co-performer Brendon Peel, but a press release issued later by Magic Africa said it was not the case and that Peel didn’t fire a single shot at Lau’s head.

“I wish to help clarify that Brendon Peel is in no way responsible or to blame and did not physically aim or hold the crossbow during the stunt. The escape is something that I designed and created and we would never allow ourselves to be placed in direct harm’s way,” wrote Lau.

Lau, from Port Elizabeth, performs “bizarre entertainment” featuring “a uniquely daring blend of escapology (the art of escape) and carnival sideshow stunts with an added touch of magic and mentalism for good measure,” states his website.

The incident happened in front of a terrified audience and the magicians were quick to take to social media to clear up the facts with the audience.

“We apologize for the scare and were being overly cautious to ensure that I was okay,’ wrote Lau on Facebook.

Peel also took to Facebook to confirm that Lau is alright and apologized for frightening everyone, particularly children present on the show. “We send our apologies to the kids for giving a few of them quite a scare,” wrote Peel.

Both the performers said that they visited school children who witnessed the act. “We have been in contact and visited the schools whose kids were at the show to let them know that I’m really okay and they were very happy to see and know that I am well and safe,” wrote Lau in another Facebook post.

The press release said reports that the show was canceled and the audience was evacuated were also false.

Media Africa said Lau received stitches to his head and was discharged from the hospital on the evening of the incident.

In a video shared on Twitter, Lau thanked everyone for their support after being discharged from the hospital.

“Hi everyone! It’s Li Lau, the illusionist. I want to thank everyone who came through to the show and for all your support. We just had a little minor incident this afternoon, but I’m all well. We just took precautionary measures.

“We didn’t put ourselves in harm or in potential risk. So I just thank you for all your support. I’m 100 percent. The show is going to go on and we are going to see you guys there. Thank you again!” he said.

There was an accident on stage at Brendon Peel and Li Lau’s show ‘Carnival Sideshow and Other Magical Things’ today. Li Lau was taken to Settlers Hospital, where he received immediate attention. He has been discharged. Thank you to everyone who has shown concern. #NAF2019 pic.twitter.com/nBmPepWpMg

The release said the rest of the performances of “Carnival Sideshow & Other Magical Things” will happen as per the schedule at the National Arts Festival, until July 6.