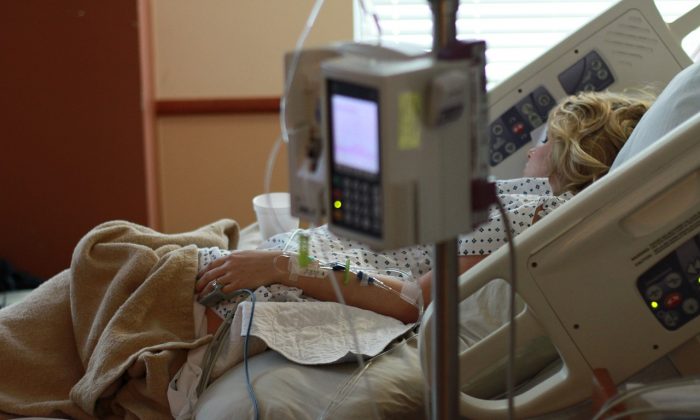 A woman lies in a hospital bed. (Pixabay)
Australia

A woman has told how maggots were found in a wound in her mother’s heel shortly before her death that was left untreated for months in a Melbourne aged care home.

Anamaria Ng wept while telling the Royal Commission into Aged Care she was appalled about happened to her mother Annunziata Santoro.

The nursing unit manager Jamuna Jacob had tried to stop a doctor telling her and other family members about the maggots, she said.

Santoro died only days later at the age of 94 in October 2018 with a bone infection in her heel contributing to her death, according to her GP Eric Tay.

Ng and her brothers had found out only days earlier about the seriousness of the wound that had developed several months prior.

Santoro was wrongly prescribed anti-psychotic medicine by Tay, who was not told by Assisi Centre nurses about the injury that would have been causing excruciating pain.

Ng and her two brothers paid extra on top of the aged care residential costs for physiotherapy for their mother.

Assisi staff should have stopped that because it included weight-bearing exercises that would have been painful.

Santoro was not given any painkillers and suffered a rapid 10 percent loss in her body weight over several days from 54.4 to 48.9 kilograms, believed to be related to her being over-sedated.

Jacob allegedly told Ng she did not know how a fly had entered the wound to lay eggs, partly blamed it on family members and played down its significance saying maggots were used in modern medicine.

“I was appalled that she was essentially not prepared to take responsibility for what happened,” Ng told the Royal Commission.

She decided before her mother’s death to take legal action and contact the Aged Care Complaints Commissioner.

There were other complaints about Assisi, including repeated falls and hip surgery that led to an infection.

She relocated her mother to palliative care elsewhere but Santoro died within a couple of days.

“At this point, my mother’s management had been so poor, her pain management and her care and I had just completely lost faith,” said Ng.

“I just wanted her out of there.”

Tay told the royal commission that Jacob had asked him not to tell Ng about the maggots being found because she would get into trouble.

The aged care commissioner recently made a finding of “significant gaps” in Santoro’s care, including not telling the family or doctor about the heel wound “until it was too late.”

Assisi’s CEO at the time—who cannot be named—was recently sacked, with chairman Don Smarrelli accusing him of having “deliberately withheld important information about Santoro’s case” and possibly “providing misleading information to the royal commission.”

Counsel assisting the commissioner Peter Rozen criticised the new CEO Peter Cohen for appearing at the commission instead of the nurse unit managers involved, and the former CEO for denying there were cultural, systemic problems at Assisi.