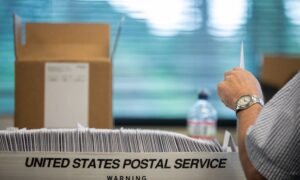 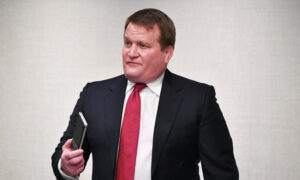 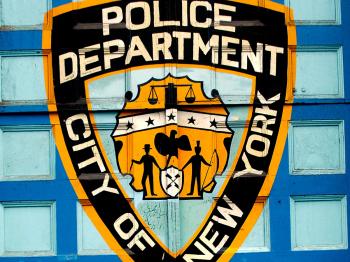 A view outside of NYPD's 1st Precinct in New York City. (Joe Corrigan/Getty Images)
US

By Evan Mantyk
Print
NEW YORK—Twenty-nine people and four corporations were indicted and arrested in a major crime bust in New York City on Thursday. Among the individual defendants are members and associates of the Lucchese crime family, including three inspectors formerly employed by the New York City Department of Buildings (DOB).

The indictment is the result of a two-year long investigation conducted jointly by the District Attorney’s Rackets Bureau, the New York City Police Department’s Organized Crime Investigation Division (OCID), and the Department of Investigation (DOI).

“The threat of traditional organized crime is not a thing of the past,” said Morgenthau. “Not content with activities like narcotics sales and gambling, the Lucchese/DOB group has actually sought to place associates in a government agency and influence the routine functions of that agency.”

New York City Police Commissioner Raymond W. Kelly said the NYPD and others, “shut down an illicit gambling and bribery ring which reached down to at least six New York City Department of Buildings employees and affected high-rise apartment buildings and commercial establishments.”

The investigation began in September 2007 and employed a variety of investigative techniques, including court-authorized wiretaps of 64 target telephones and the installation of a bug in a restaurant. In addition, three rounds of court-authorized search warrants, totaling 54 search warrants of physical locations, including offices and workplaces of DOB employees, and three Internet search warrants, were conducted between May 2008 and April 2009, during which more than $430,000 in cash, gambling records, firearms and narcotics were seized.

Approximately $400 million worth of illegal sports bets were taken by Lucchese crime family members of the Lucchese/DOB group during the course of the investigation.