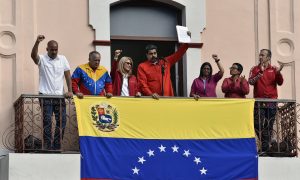 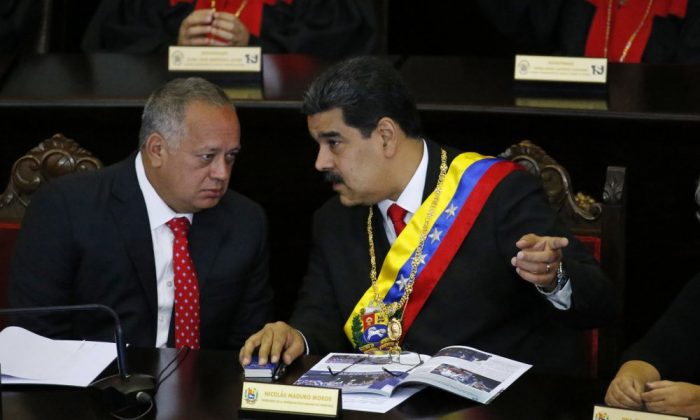 Maduro Orders Venezuelan Diplomats Out of US

Maduro said on Jan. 24, that if U.S. officials had any sense they would pull out their own diplomats from Caracas rather than defying his order to leave.

The Trump administration says Maduro is not legally president of Venezuela because of a fraudulent election. It recognizes opposition leader Juan Guaido, who assumed presidential authority and vowed to remove Maduro.

The United States also had snubbed Maduro’s decision to cut diplomatic ties with the United States, saying he doesn’t have the authority to expel U.S. diplomats.

In a Twitter message, U.S. Secretary of State Mike Pompeo said the United States no longer recognizes the Maduro regime, and does not consider Maduro in having the legal authority to break diplomatic relations.

That decision prompted Maduro to sever relations with the United States and order American diplomats to leave within 72 hours.

But Pompeo said the United States would instead abide by Guaido’s directive that countries retain their diplomatic missions in the South American country.

The two countries haven’t exchanged ambassadors in nearly a decade, but they have maintained diplomatic staff.

Other nations, including Canada, Brazil, and Argentina, also recognized Guaido as Venezuela’s president.

The United States has officially requested an open meeting of the U.N. Security Council on Saturday “to discuss the ongoing crisis in Venezuela.”

South Africa’s U.N. Ambassador Jerry Matjila said earlier that Pompeo had asked to discuss the political situation with the U.N.’s most powerful body. He said the “consultations” would be behind closed doors—not open.

The U.S. Mission to the United Nations tweeted Thursday that it requested a meeting Saturday morning.

Venuezula is one of three socialist countries dubbed by the Trump administration as the “Troika of Tyranny” which includes Cuba and Nicaragua. In a November speech, national security adviser John Bolton described the countries as a “triangle of terror” and imposed sanctions on Venezuela and Cuba, while vowing to punish Nicaragua.

Venezuela’s opposition supporters held marches nationwide on Jan. 23, as part of an annual event that marks the fall of a military government in 1958. Government critics are increasingly comparing Maduro to dictator Marcos Perez, who was ousted from power that year.

Trump’s administration has imposed several rounds of sanctions aimed at pressuring the government of Venezuela.