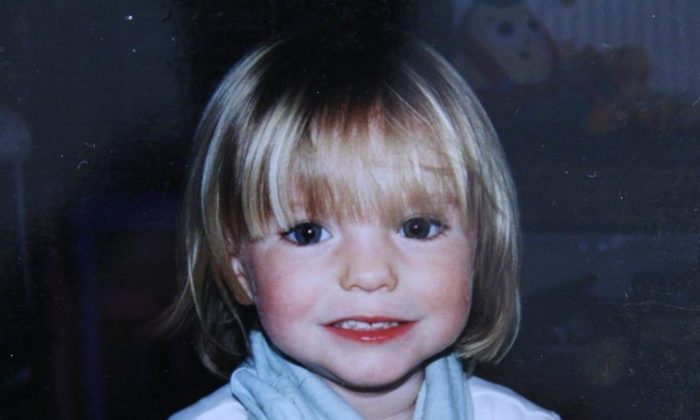 A Spanish criminologist has identified the mystery woman being sought by British police in connection with the disappearance of Madeleine McCann.

Criminologist Heriberto Janosch Gonzalez, who has investigated the child’s disappearance for 10 years, told Express he believed the woman dressed in purple was Bulgarian waitress Luisa Todorov.

“I have been combing through all the police files trying to identify who the woman in purple could be. It has been widely reported that Yard officers are in Bulgaria,” Gonzalez told the newspaper.

“Examining all the known statements it seems highly likely the police are seeking the Todorovs as they are the only known people with a clear link to Bulgaria,” he said.

Todorov, 58, was seen by two witnesses standing outside apartment 5a of the Ocean Club from where Madeleine vanished 10 years ago.

The waitress was working with her husband, Stefan, at the Ocean Club resort in Praia da Luz where the McCanns and their friends were vacationing.

According to 9news, a woman who claimed to have seen the “woman in purple” thought it was strange that the woman was standing alone at the resort.

“I don’t know who she was but she caught my eye because she was dressed in purple-plum clothes,” Jenny Murat told the news station.

“It struck me as strange because it’s so unusual for anyone, particularly a woman, to be standing alone on the street in our resort.”

Madeleine had not been seen since May 3, 2007. Her parents Kate and Gerry McCann from Rothley, Leicestershire, were dining in a tapas restaurant at the resort at the time of her abduction.

The McCanns have always maintained that Madeleine must have been taken by a pedophile or child sex trafficker, reported 9news.

In 2011, Scotland Yard set up Operation Grange to reinvestigate the abduction following widespread criticism of the bungled Portuguese police investigation.

In September this year, Scotland Yard received around $204,000 (£154,000) of additional funding which will last six months to find a new person of significance, reported Independent.