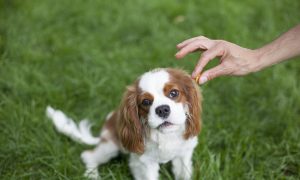 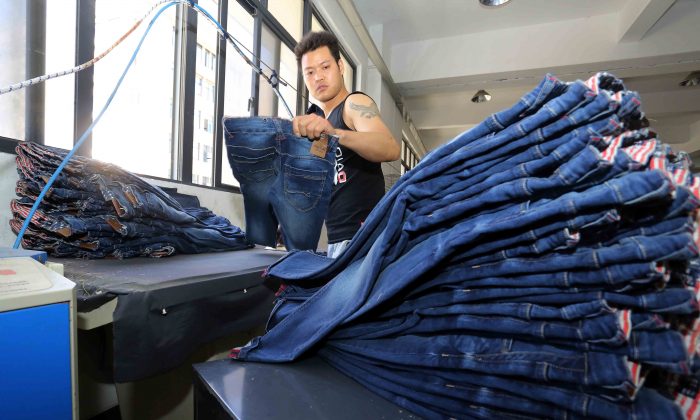 Many parents have the good sense to feed their kids healthy food, but not many are aware of the risks posed by contaminated clothing from countries like China. Most children do not exhibit any noticeable effects; for some, however, exposure for lengthy periods of time or to large amounts of hazardous chemicals in tainted clothing can result in allergic reactions, rashes, or more severe health concerns.

In some cases, custom officials or the Consumer Product Safety Commission (CPSC), a U.S. federal agency that examines products like kids’ clothing, manage to catch the contaminated products, but other shipments slip through unnoticed. Custom officials only check for certain toxins, and the CPSC inspects only a small portion of products on the market due to budget and personnel limitations.

Although China is the world’s largest textile producer, manufacturers in China are not the only offenders. Companies all over the world outsource production to countries with cheaper costs and lower wages to make greater profits. Health restrictions often go unenforced in these countries, allowing international brands to use hazardous chemicals when dyeing and processing the clothing.

Here are 5 potentially toxic chemicals found in clothing manufactured in countries like China.

Purpose: Manufacturers use lead in the dying of textiles, and lead pigments are most often found in brightly colored objects.

Health Effects: Excessive lead exposure can affect nearly every system in the body, according to the Center for Disease Control and Prevention. And because there are no obvious symptoms, lead exposure is often overlooked. For children under the age of 6, lead poisoning can severely affect mental and physical development, according to the Mayo Foundation for Medical Education and Research.

Example: In April of this year, federal customs authorities stopped a shipment of pink baby outfits imported from China due to lead contamination and ordered them destroyed under the Hazardous Substance Act. Similarly, in March, customs officials seized several thousand made-in-China backpacks and lunch bags for children due to unacceptable levels of lead contained in the zippers.

Health Effects: They can disrupt hormones, leading to possibly negative reproductive and developmental effects, and accumulate in body tissue, according to the U.S. Environmental Protection Agency.

Example: In 2013, Greenpeace, a non-governmental organization based in the United States, released a study of two major production centers in China that made kids’ clothing. Combined, these two areas manufacture 40 percent of China’s production of children’s clothing, a large portion of which are exported to countries like the United States. Researchers found that more than half of the garments contained NPEs.

Purpose: Often called plasticizers, they are used to make plastics more flexible and durable, according to Centers for Disease Control and Prevention. They exist in a number of household objects from cleaners to food packaging to cosmetics. In textiles, they are commonly found in plastisol prints, the rubbery material used to create designs or logos on t-shirts.

Health Effects: As endocrine disruptors, phthalates may disrupt hormone levels and even contribute to breast cancer.

Example: In the same Greenpeace study of Chinese textile centers, researchers uncovered high concentrations of phthalates in two of the samples.

Purpose: They are used to make textiles water-repellent, and are mainly found on merchandise like rain jackets and shoes.

Health Effects: In animal studies, some PFCs have been shown to disrupt normal endocrine activity, reduce immune function, and adversely affect the liver and pancreas, according to the National Institute of Environmental Health Sciences. Not all health effects on humans are known, but variations of PFCs like PFOS and PFOA have been linked with cancer and kidney disease.

Example: Another 2014 Greenpeace report studied eighty-two items of clothing for children and infants, with a third of them being manufactured in China. The study tested for five types of chemicals regularly used in the textile industry, one of which was PFCs, and found it in several items. One Adidas swimsuit contained higher levels of PFCs than permitted in the company’s own Restricted Substance List.

Purpose: Formaldehyde is found in all sorts of household objects such as building materials, furniture, shampoos, and cosmetics. It’s commonly used in the textile industry to give clothing a wrinkle-free, “permanent press” appearance as well as to prevent mildewing during shipping.

Health Effects: Excessive exposure to formaldehyde can cause nausea, burning sensations in the eyes, nose, and throat, coughing, for skin irritation, according to the National Cancer Institute. Although the chemical has been labeled a carcinogen, for most people, the greatest danger of formaldehyde is allergic contact dermatitis.

Example: A 2010 study by the U.S. Government Accountability Office found some textiles for sale in the U.S. exceeded allowable levels of formaldehyde, including a made-in-China hat for young boys containing 206 parts per million of formaldehyde, over twice the standard. For really sensitive individuals with contact dermatitis, just 30 parts per million can cause an allergic reaction.