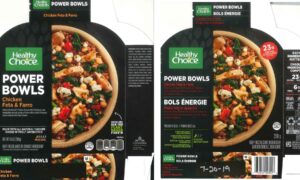 Health Canada has recalled more than 5,000 made-in-China ceiling fans sold at Home Depot after reports of the blades falling off while spinning.

The Hampton Bay Mara 54-inch indoor/outdoor ceiling fans were sold at Home Depot stores and on its website from May to October 2020.

According to the recall notice posted by the Government of Canada, 5,091 of the fans were sold in Canada, while about 182,000 units were sold in the United States, according to the U.S. Consumer Product Safety Commission (US CPSC). The manufacturer is a company based in Zhongshan, a city in southern China.

Health Canada is advising customers to stop using the fans immediately and contact King of Fans, the distributor of the ceiling fans, for instructions on how to inspect their fans for defects.