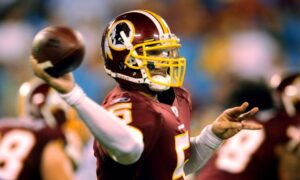 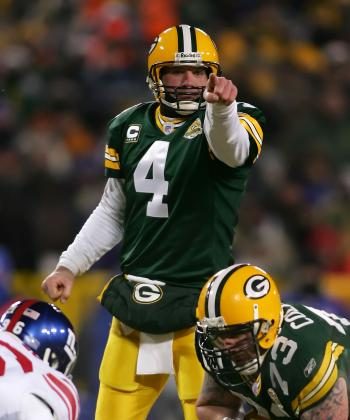 The bad luck that sometimes befalls athletes who grace the cover of Sports Illustrated is said to be due to a hex.

While the prestige and royalty checks that come from being on the cover of John Madden’s annual video game can be tempting to an NFL star, sports fans will probably implore their favorite players to steer clear; not that fans are being totally irrational about the Madden Cover Curse.

But by far the one who has been bitten the hardest by the curse is former Atlanta Falcons signal-caller Michael Vick.

Coming off his best statistical season as a passer (2,936 yards passing with16 TDs), Vick graced the cover back in 2003 (for Madden NFL 2004) and days after the game’s release, the Atlanta QB broke his leg and only saw action in the final five games of the season. Vick’s troubles were only beginning as he was convicted for operating an illegal dog-fighting ring.

Vick will reportedly receive his release from prison in 2009 or 2010.

Green Bay Packers QB Brett Favre hung up his “spurs” in March, retiring after 16 years of duty in the league and possibly as a tribute, was given the honor of having his image grace the cover of Madden NFL 2009.

But Favre began second-guessing his decision earlier in July and hinted at wanting to “unretire.”

The Packers already had plans for 2005 top pick and projected starting QB Aaron Rodgers and rejected Favre’s request to be released, telling him that he could return as a backup, something that would be seen as a gross insult to Favre.

Then on the July 16, FoxSports’ Jay Glazer reported that Green Bay filed a grievance against the Minnesota Vikings, accusing the Packers’s division rivals of tampering.

The Packers allege that Favre had been in contact with various members of the Minnesota Vikings coaching staff.

So is the Madden Curse real? Probably not, but football insiders can’t deny that bad mojo hits a number of players who grace the cover.

Re-instated CB and new Dallas Cowboy Adam “Don’t call me Pacman anymore” Jones is looking to turn over a new leaf, given all of his past troubles, including a one year suspension from the league.

The cover of Madden NFL 2010 perhaps? Maybe not.