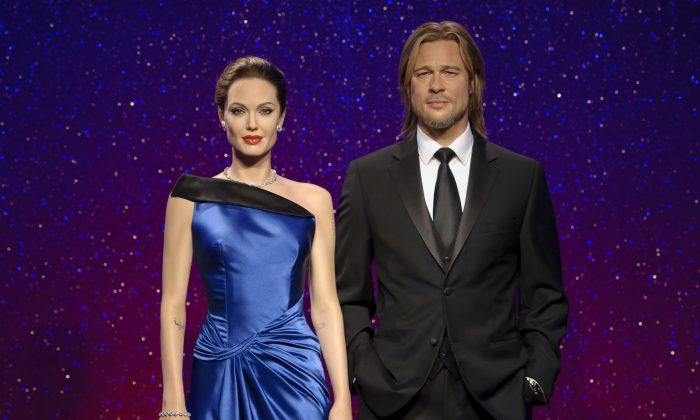 NEW YORK—Angelina Jolie and Brad Pitt’s pending divorce has prompted Madame Tussauds to separate the wax figures of the stars at museums in London, New York, Las Vegas and Hollywood.

A spokeswoman for the wax museum in London says they wanted to mirror Jolie and Pitt’s separation, which came to light Tuesday. She says the wax figures “are now featured at a respectful distance from each other.”

Jolie’s figure has been placed near one of Nicole Kidman. Pitt’s is hanging out with the figure of his co-star in several films, Morgan Freeman.

The figures were unveiled in 2013 in honor of Pitt’s 50th birthday.

Angelina Jolie, Brad Pitt wax figures “are now featured at a respectful distance from each other”: @MadameTussauds https://t.co/NTL6kA9LbA pic.twitter.com/EMDTrh82RU