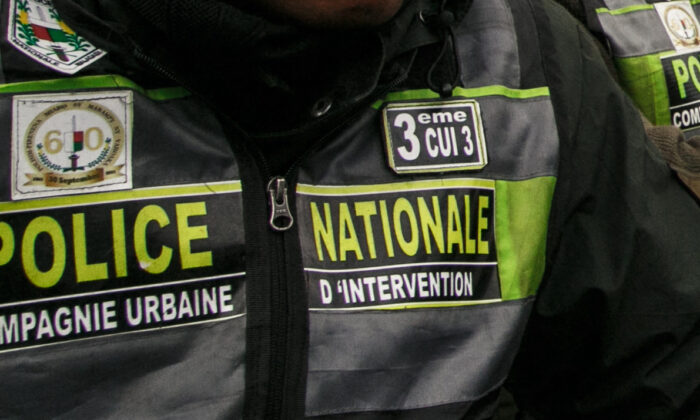 Logo of Madagascar police in a file photo. (Rijasolio/AFP via Getty Images)
Africa

ANTANANARIVO, Madagascar—At least 11 people were killed in Madagascar when police opened fire on a mob demanding that officials turn over to them four suspects held for allegedly kidnapping a child with albinism and killing the mother.

A crowd of about 300 to 400 angry residents gathered at the police station demanding the release of the four suspects so the crowd could deal with them. Police refused and fired tear gas to disperse the crowd. When the mob kept advancing on the station, police opened fire.

“The gendarmes tried everything to avoid a confrontation or violence. They set up a security perimeter around the gendarmerie barracks and they told the crowd that we could talk to prevent bloodshed,” Gen. Andry Rakotondrazaka, commander of the national gendarmerie, said later Monday.

He said many of those in the crowd carried large machetes, other weapons with blades and sticks. When they threw stones at the police, the police opened fire, Rakotondrazaka said.

He said the killings are being investigated.

But the deputy of Ikongo district, Jean Brunelle Razafintsiandraofa, when reached by telephone said that he thought the protesters were not armed.

Madagascar’s President Andry Rajoelina in a post on Facebook said he was sad to hear the news of that people were killed. He appealed for calm and confirmed the incident would be investigated.

More than a dozen kidnappings, assaults, and murders of people with albinism have been reported in the past two years in various parts of Madagascar, according to figures published by UNICEF in March 2022.