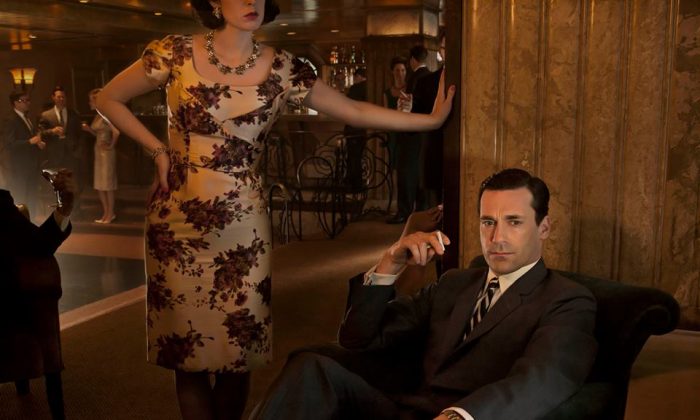 That will be the first of 7 episodes in part one of the season.

Not much has come out regarding spoilers, as all cast members and others are directed to not reveal things, but some have still come out:

-Creator Matthew Weiner told TV Guide about the theme of the season. “What this season is about thematically is: Are there consequences, and are they irreversible?” Weiner said. “What are the things that you do that you can’t undo.”

-“There’s a line in the opening episode: ‘Have I broken the vessel?'” Weiner said. “And that’s the question. Have you poured liquid out and have to refill it, or have you just destroyed it? I don’t live in a world of regret, but I might imagine that Don Draper does. Or maybe it would be nice if he did.”

-Weiner also told The Hollywood Reporter that there will not be a spinoff series.

Check out videos showing Peggy and Don over the years.