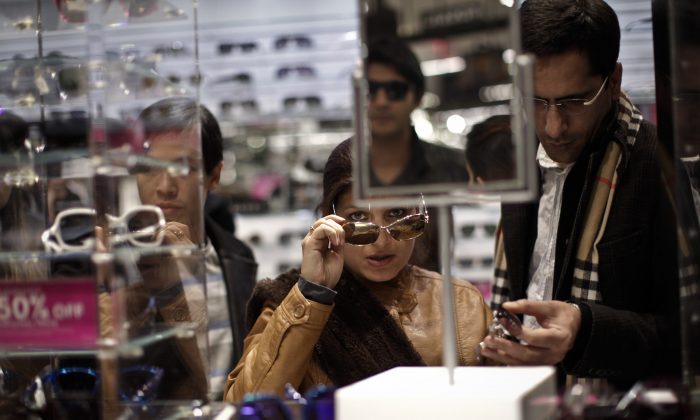 NEW YORK—Macy’s Inc. plans to hire about 85,000 seasonal workers for temporary jobs ahead of the holidays to meet expected higher demand. That is about the same as a year ago.

The pace of hiring at a retailer can serve as an indicator of expectations for the holiday shopping season, which accounts for 20 percent of the industry’s annual sales.

The announcement comes as other retailers announce their hiring plans ahead of the holiday season. Many companies boost their workforces temporarily to meet increased demand. The pace of hiring at a retailer can serve as an indicator of expectations for the holiday shopping season, which accounts for 20 percent of the industry’s annual sales, according to the National Retail Federation.

The positions will be filled at Macy’s and Bloomingdale’s stores, call centers, distribution centers and online fulfillment centers nationwide.

Specifically, about 12,000 of the 85,000 total seasonal positions will be based in direct-to-consumer fulfillment facilities that support sales generated by the company’s omnichannel business strategy. About 1,600 people will be hired to interact with customers via telephone, email and online chat at customer service centers.

More than 1,000 people will be hired across the country to support the 88th annual Macy’s Thanksgiving Day Parade, Santalands and other iconic holiday events.

Cincinnati, Ohio-based Macy’s employs about 166,900 people on a year-round basis.

Elsewhere, retailer Kohl’s Corp. has said it expects to hire more than 69,000 workers, up from 67,000 in the 2014 holiday season. Toys R Us plans to hire 40,000 people to work at stores and distribution centers around the country, which is down from 45,000 last holiday season.

Shares of Macy’s rose 5 cents to $54.11 in midday trading Monday. Its shares are down almost 10 percent over the past year.