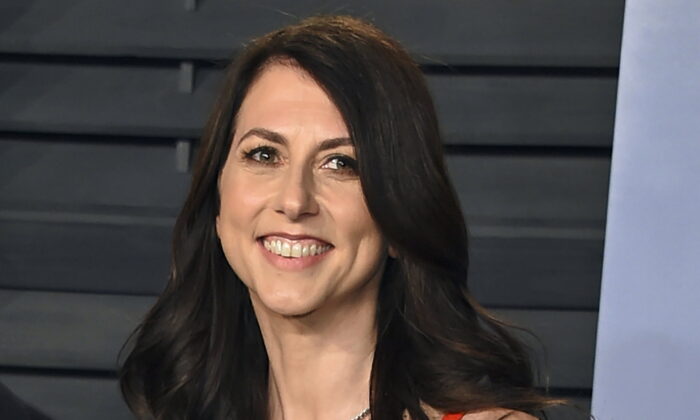 MacKenzie Scott gave $122.6 million to Big Brothers Big Sisters of America, the national youth-mentoring charity announced on Tuesday. The gift is the latest of several the billionaire writer has given to large  that carry out their missions through local chapters in neighborhoods throughout the country.

With this latest donation, Scott has contributed a total of nearly $12.5 billion since 2020 to at least 1,253 nonprofits, many of which aim to help low-income and underserved populations. Her latest gift to Big Brothers Big Sisters of America follows three other nine-figure donations she gave to large national charities with local affiliates in March.

Those include $275 million to Planned Parenthood Federation of American for its national office and 21 of its local affiliates, $436 million to Habitat for Humanity International and 84 of its U.S. affiliates, and $281 million to the Boys & Girls Clubs America and 62 of its local chapters.

So far Scott has given at least $1.5 billion in the first five months of 2022, according to roughly 30 nonprofits that have announced Scott gifts this year.

Like almost all of Scott’s donations, the contribution is unrestricted, so the charity can use it for programs, operations, or any other purpose.

“This is a moonshot for the work that we are going to do,” said Artis Stevens, the group’s CEO, who said it has spent the past two years designing a strategic plan for expanding its mentoring capabilities and was starting to devise fundraising efforts when Stevens received news of the gift last week. “Even though this gift is going to be transformative, one in three kids in this country don’t have a positive sustained mentor in their lives and so this challenge is bigger than one organization can take on. We know we have to be able to build a capacity both in our organization as well as partnering with others to take this on.”

Stevens says the organization plans to use Scott’s gift for a variety of efforts in both its national office in Tampa, Florida, and at 38 of its 230 chapters throughout the county. Many of the families and youths the nonprofit serves are from underserved populations and were hit hard by the pandemic.

The organization currently has 30,000 youths waiting for a mentor. Stevens says Scott’s gift will help expand its ability to match more youths with mentors and provide more mentor-training programs.

The nonprofit plans to broaden its offerings beyond its traditional format of one-to-one mentoring for children and teens by creating more group mentoring, peer-to-peer mentoring, and workplace mentoring for 18- to 25-year-olds.

“We’re the largest provider of youth workplace mentoring in the country,” said Stevens. “We want to be able to expand and extend our vision to every company in America to have a youth-mentoring program that both helps supply more of the work force and helps engage employees and give opportunities to kids in underrepresented, underserved communities.”

Youth-mentoring programs take a tremendous amount of resources and staff time to be run well, said David DuBois, a University of Illinois professor who has studied mentoring programs for three decades and was a volunteer mentor for Big Brothers Big Sisters for two years earlier in his academic career.

“You’ve got to be able to support those relationships and check-in and make sure that all parties—the kid, the volunteer, the parents—are getting the encouragement and the guidance,” DuBois said. “So there’s a lot of moving parts to these programs.”

A key part is the extensive interview and vetting process volunteer mentors must go through before they are approved to work with youths, he said. Volunteers must be trained, and then the relationship between the volunteer and the young person needs continued guidance and monitoring. Having enough resources to carry all of that out is crucial.

While Scott’s gift is a windfall for the organization, Stevens says with all that the charity hopes to accomplish, he knows it will go only so far. He and his team are already having conversations with the organization’s donors about its ongoing needs. Stevens says he sees the gift as an “invitation” to other donors to support the group’s plans for the future.

As with all big gifts, however, some donors might think that Big Brothers Big Sisters no longer needs their support, said Tyrone McKinley Freeman, associate professor of philanthropic studies and director of undergraduate programs at the Indiana University Lilly Family School of Philanthropy.

“There’s that kind of tension that organizations have long dealt with,” Freeman said. “It will be important to communicate how the resources are being used and what’s being done and then how (others) can continue to contribute—especially for something like this where the need outpaces the group’s volunteer base.”

Stevens said he is having those conversations with his other donors now.

He described the gift as “awesome,” saying, “It is transformative for 38 of our agencies, but we’ve got 230 agencies, and we know that there’s much more work to do. There is more opportunity and more growth and more need in this country. But we need more people at the table. It takes all of us.”