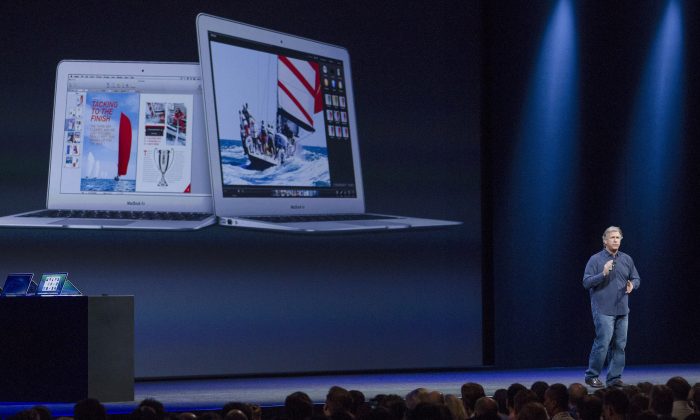 The Macbook Air Retina may actually launch this year, according to a new report.

A Taiwanese blog says that Apple might launch the laptop by the end of 2014.

The report claims that Intel has already shipped a batch of Broadwell Core M chips to Apple.

The chips are new energy-efficient processes that enable laptops to be designed without internal fans.

Industrial and Commercial Times said that the shipment indicates that Apple will launch the laptop soon, possibly by the end of 2014.

The main delay for the launch was reportedly the chips.

Intel’s chip database showed recently that some of the new versions of the chips, which were first introduced in September, shippedout.

Mac Rumors says that Apple has, in fact, been testing the upcoming MacBook Air with the new chips, including a new high-end 5Y71 chip running at 1.2 GHz with a max turbo of 2.9 GHz, two new mid-range chips arriving as 5Y51 and 5Y31, and a new low-end 5Y10c variant.

Taiwan-based Quanta Computer is allegedly making the Macbook Air Retina for Apple, though that hasn’t been confirmed.

While ICT says that the computer could be launched this year, previous reports indicated a 2015 release date.

A source told the Jack March blog, for instance, that while Apple is working on the MacBook Air Retina, it won’t be ready until mid-2015.

“They [the source] do note the release date has been pushed back several times already so plans could change,” it added.