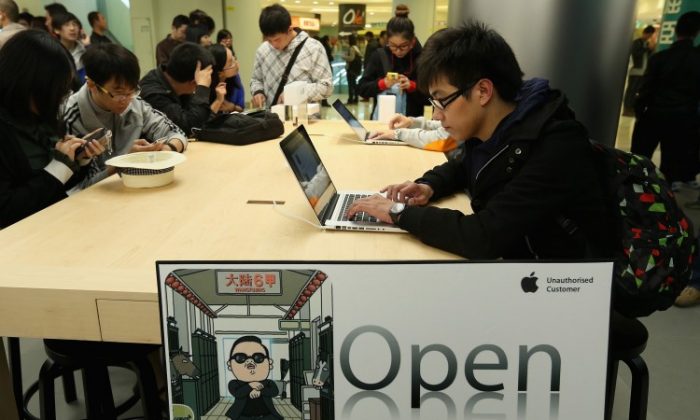 A new computer virus has been unleashed on sympathizers of the plight of Tibetans in China and associates of the Dalai Lama, according to recent reports.

The malware was described by Graham Culey of security firm Sophos as a “new variant” of the OSX/Imuler Trojan virus, which was spotted by SophosLabs, he wrote on his Naked Security blog on Tuesday.

Earlier versions of the malware spread via provocative photos of a Russian supermodel “or embedded deep inside boobytrapped PDF files,” Culey writes.

The latest version is being packaged with images of Tibetan groups, presumably targeting supporters of human rights in Tibet, Culey said.

In his blog, Culey showed several photos of Tibetans that might be infected with the Trojan.

Culey, in hinting that the Chinese regime might be responsible for the production and distribution of the new Trojan, said that “it will be left as an exercise to the reader to come up with a shortlist of who might have an interest in breaking into the computers of Tibetan organizations.”

Specifically, he points out that Mac users should be sure to take extra caution to secure their computers because “it is another indication that the malware threat on Macs is real, and should not be underestimated.”

“Users of other Mac anti-virus products may be wise to check with their vendors if they are protected, as VirusTotal is currently listing a low level of detection (2/44),” he said.

Tensions between Tibetans in China and Chinese communist security forces have boiled over in recent months, with a spate of Tibetans setting themselves on fire. Since early 2009, some 70 Tibetans have self-immolated to protest against repressive Chinese rule.

As a result, the Chinese regime has cracked down hard in Tibetan areas, even going so far as to cut off electricity and telecommunications to stop information about the self-immolations and protests from spreading around and outside China.

The immolations in protest of Chinese rule have been condemned by Tibetan exiles.

A recent report from the Daily Telegraph said that the Chinese regime is using something called “Skynet”to crack down on Tibetans to prevent the spread of self-immolations.

The Skynet system, whose name appears to have been derived from the sentient computer system in the “Terminator” movie franchise, reportedly divides Tibetan areas into a grid, allowing teams of security forces to be sent to hotspot areas.

“We have a grid management system,” Losang Gyaltsen, the vice chairman of the Communist Party in Tibet, told the 18th National Party Congress several days ago. “So if any immolation happens in a certain block, we can launch an emergency rescue within two minutes.” Well-armed security forces usually join in on such forays.