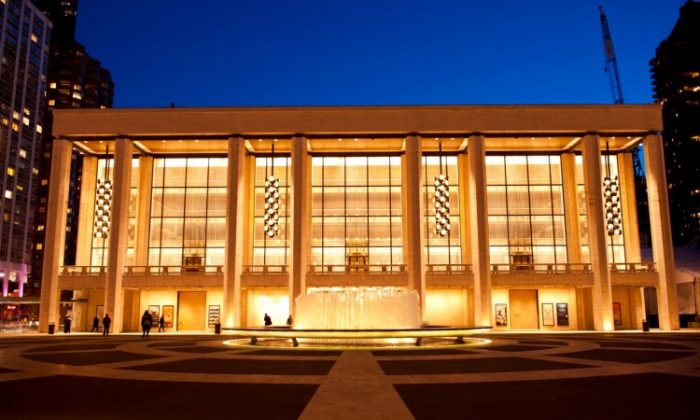 “I love all the traditional dance, … the music, the instruments. I think it’s all very important to share,” said Ms. Hancock, who studied Chinese culture at McGill University in Montreal, Canada.

Ms. Hancock is Canadian, but she was born in Hong Kong. This earned her a middle name that means “lotus flower.” She naturally felt a connection to the dance titled, Lotus Leaves. One of the Masters of Ceremony explained that the lotus flower is often celebrated, while the leaves that support it are forgotten.

The lotus flower grows out of the mud, symbolizing purity and awakening.

Although Ms. Hancock was familiar with Chinese history and culture, her friend and colleague Christine Serrao, was not.

“I wasn’t really familiar with the mythological part of Chinese [history],” said Ms. Serrao, who is an artist relations manager at the same cosmetics company. She thought that “educationally, for someone that’s not familiar, it was interesting.”

She also praised the Shen Yun Orchestra saying “I thought it was amazing how they merged the Eastern instruments with the traditional Western instruments. And I also liked that it was female conductor because you don’t see that that often,” said Ms. Serrao.

Ms. Serrao enjoyed the Martial Arts Training Ground dance. “That was fun,” she said of the flips, turns, and athleticism of the dance.