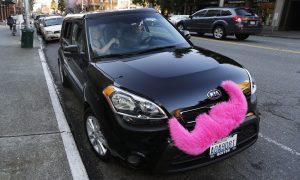 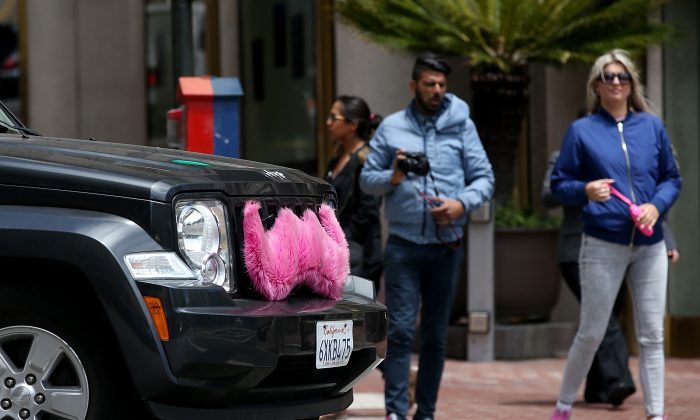 NEW YORK—Lyft Inc. finally launched in New York City on Friday, after a legal battle with state officials ended with the company agreeing to comply with municipal regulations. Now it has a new challenge: finding enough drivers.

Users have taken to Twitter over the weekend to complain about being unable to hail a cab on their Lyft smartphone app.

“Nice of @lyft to offer me free rides for next 2 wks as ‘Pioneer.’ Too bad I’ve yet to locate drivers in #Brooklyn,” Farnoosh Torabi tweeted near noon Sunday.

To promote the launch, Lyft has given its customers, dubbed “pioneers,” in New York City a $25 discount on 50 rides for two weeks. If the fare is below $25, the trip is free.

The discount was mitigated by the frequent prime-time rate hikes that adds as much as 75 percent to the original fare, which charges a $3 base, plus $2.15 per mile and $0.40 per minute.

A previous launch, planned for July 11 with 500 drivers in Brooklyn and Queens, was delayed after Lyft was served with papers from the state attorney general’s office. After two weeks of negotiations, a state court gave Lyft the green light to start operations on the condition it only uses drivers licensed by the city’s Taxi and Limousine Commission (TLC).

This drastically cut down the pool of drivers Lyft can use. To get a TLC license, a driver has to, among other things, purchase commercial insurance, pass a state-certified driving course, and pay various fees upfront that total $5,000, according to Lyft President John Zimmer.

The ride-sharing service has scrambled to recruit TLC-licensed drivers, advertising in brick-and-mortar livery bases across the city.

Tony, a professional cabdriver who drives for Lyft on the weekend, said it was only fair that Lyft drivers had to have a TLC license, which requires drivers to purchase commercial insurance for their vehicles.

“Commercial insurance is much more expensive,” he said. “The cab drivers wouldn’t be able to compete with average Joes who are paying a fraction of what they pay on insurance.”

To drive for Lyft, drivers have to hand in requisite documents at one of the mobile-stations organized around the city, and then have themselves and their vehicles photographed for the database.

Eddy, 33, started work as a Lyft driver on Sunday after registering his vehicle with the company’s database last week. He saw an ad for Lyft at the Delancy Car Service station, where he works full-time as a cab driver.

“I haven’t driven for Uber, but when Lyft became available I decided to give it a try,” he said.

Edwin, 26, started driving for Lyft on Friday. Driving isn’t his primary source of income, but he’s been licensed by the TLC for two years. He said he’s been “incredibly busy” in the last three days, and that the phone “won’t stop ringing.”

“It makes perfect sense; it’s impossible to keep something that’s free available,” he mused in his black Chevrolet.

The shortage of vehicles has plagued Lyft’s launch from the very beginning. Mimi Li, an analyst, tried Lyft for the first time at 8 p.m. Friday—one hour after the launch—only to find himself refreshing the “request Lyft” button on his Lyft app.

“I waited between 20 and 30 minutes,” said Li, who was getting home after spending the day at the Museum of Modern Arts. “I read tweets about people unable to get a Lyft cab. I was lucky.”

Lyft could not be immediately reached for comments on how many drivers it had in the city this weekend.

Despite the added competition Lyft will bring to the city, Tony said he’s glad Lyft is here in the Big Apple.

“It’s seamless to use, I’m very impressed,” he said. “And with the Pioneer program, they’ve created a stir.”

Editor’s Note: Tony did not want to give his real name for fear of negative repercussions associated with his full-time job should people know he drives for Lyft.