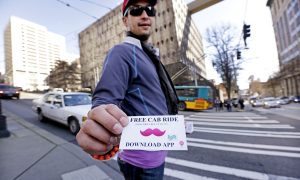 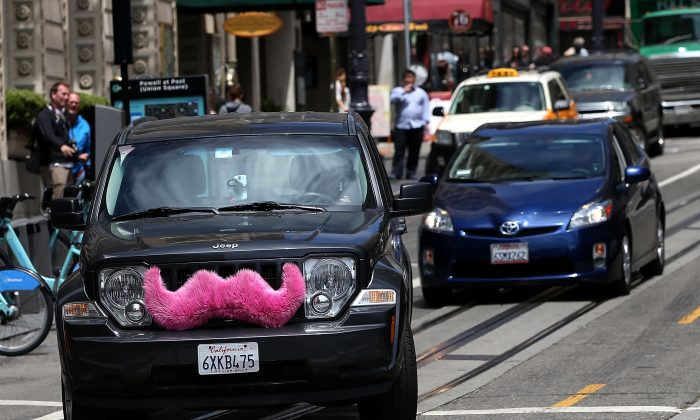 NEW YORK—The ride-sharing company Lyft plans to launch its services in all five boroughs of New York City at 7 p.m. on Friday, after it reached a deal with city and state regulators in court Friday morning.

Like its competitor Uber, Lyft connects passengers and drivers via its smartphone app and functions as an e-cab service. Both services use vehicles owned by the drivers. A large pink moustache affixed to the front bumper of the car indicates the car is part of Lyft.

Lyft agreed to only employ vehicles and drivers in New York City licensed by the city’s Taxi and Limousine Commission, and halted operations in Buffalo and Rochester as part of the agreement.

“[Lyft] will continue to work with the TLC, Department of Financial Services, and the Attorney General’s office to craft new rules for peer-to-peer transportation in New York,” Lyft wrote on its blog.

Lyft’s planned launch on Friday, July 11, in the boroughs of Brooklyn and Queens without approval from TLC was delayed after the company received a cease-and-desist order from New York State’s Department of Financial Services.

The parties reached a preliminary agreement last Friday that Lyft could operate in the city as long as it satisfied the city’s regulations. Manhattan Supreme Court Justice Kathryn Freed said she would block Lyft’s operations with a temporary-restraining order if they launched without meeting TLC requirements.

“We are pleased to welcome Lyft as a fully-licensed for-hire service in New York City,” said TLC Chair Meera Joshi. “As long as we ensure that public safety and consumer protection is at the forefront of these efforts, the city will benefit.”