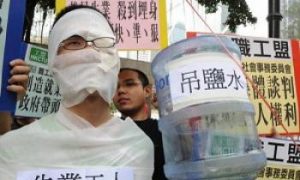 [xtypo_dropcap]L[/xtypo_dropcap]ung cancer may be fought by drugs currently used to treat breast cancer, according to new research which found a correlation between the women who took such drugs, their death rates, and the health of women who got hormone replacement therapy.

Published in The Cancer Journal, the study found a link between anti-estrogen drug intake and a reduction in lung cancer deaths.

The researchers said that their research could have sweeping implications in how to treat both cancers, but Cancer Research UK said that more research needs to be done first.

Researchers evaluated data on 6,655 women who were diagnosed with breast cancer between 1980 and 2003. Around half of them were given anti-estrogen drugs such as Tamoxifen.

There was no large difference in the number of women subsequently developing lung cancer. However, women on anti-estrogen medication had a overall lower death rate.

Women who took anti-estrogen drugs had 87 percent fewer deaths than the general population.

“The results of our research support the theory that there is a hormonal influence on lung cancer, which has been suggested by the discovery of estrogen and progesterone receptors in a large number of lung cancer cases,” said Elisabetta Rapiti in a press release from the University of Geneva, in a translation from French.

“If future studies can confirm these findings and establish which anti-estrogen agents are beneficial in treating lung cancer, this could have important clinical implications,” she added.

It is too soon to make any decisions about anti-estrogen drugs.

"There aren't a whole lot of clinical implications, but it does provide more evidence to our accumulating knowledge that female sex hormones are involved in some way, shape or form in lung cancer progression," Dr. Apar Kishor Ganti, who is an assistant professor of oncology-hematology at the University of Nebraska Medical Center and not involved with the study, told HealthDay. "Whether or not it's a cause is a little sketchy."

Ganti said that the study shows that more research could be done.