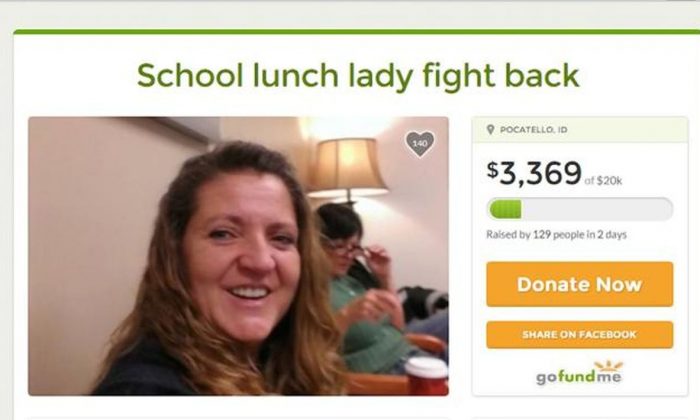 POCATELLO, Idaho — A southeastern Idaho cafeteria worker says she was fired for giving a student a free meal, but the school district offered her the job back after a national outcry.

Dalene Bowden received a termination letter from the Pocatello School District last week after she gave a tray of food to a 12-year-old student who said she didn’t have money for the meal costing $1.70. The letter cited theft as the reason for her dismissal.

The district said in a statement Wednesday night that it doesn’t fire workers for single events but offeredBowden her job back in the spirit of the holidays. It’s not clear if she will return.

The district says it works with various programs to help children who are hungry, need medical care or who are homeless.

POCATELLO, Idaho  — A former lunch worker in southern Idaho says she was fired for giving a middle school student a free meal.

KPVI-TV reports ( http://bit.ly/1OoxiEX ) that Dalene Bowden received a termination letter from the Pocatello School District after she gave a tray of food to a 12-year-old student who said she didn’t have money for a $1.70 hot lunch.

The letter cited theft as the reason for her termination.

According to Bowden, a supervisor placed her on leave after witnessing what she had done.

School board chairwoman Janie Gebhardt says she can’t comment on Bowden’s termination because it’s a personnel matter. However, she says they have school policies in place to never let a student go hungry even if the student has no money for food.

Students are given an $11 overdraft balance. Once exceeded, the school alerts the parents to pay their bill.