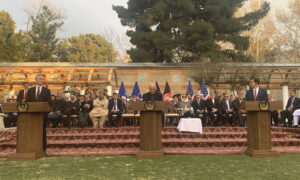 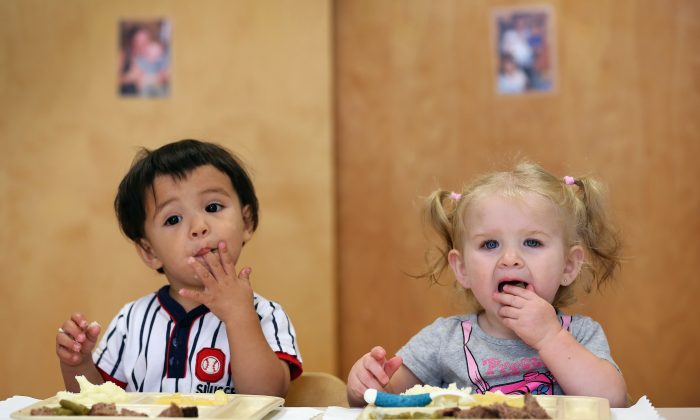 A cafeteria worker at a school in Pocatello, Idaho, reportedly got fired after giving a student a free meal.

Dalene Bowden, who had worked for Irving Middle School, got fired giving a middle school 12-year-old student a meal after the student told her she didn’t have any money and was hungry, KSDK reported.

Idaho cafeteria worker says she was fired for giving lunch to child with no money. https://t.co/VGWQn4im06 pic.twitter.com/U28vphOyXi

She added, “I truly loved my job, and I can’t say that I wouldn’t do it again.”

Bowden’s supervisor reported her after he saw her feeding the girl, Bowden said.

“He said I was on permanent leave until he called me – I should not call them, he will call me,” she said. “And they never called me… then I got the letter.”

The letter was signed by School District 25’s director of human resources, saying she was terminated for theft.

“They’re hungry, what do you do?” Bowden asked. “Send them out there so they can get it taken away and thrown away? No!”

Bowden also said she offered to pay for the child’s meal.

“I broke the rules, but I offered to pay for the meal and I don’t think I deserved to lose my job over it,” Bowden told the Idaho State Journal.

A number of parents and throngs of people on social media weren’t pleased with the decision. A petition was launched to save her job, and more than 45,000 people from around the world signed it.

The petition said that she “deserves to keep her job” and lunch room “policies should prioritize kindness and making sure kids receive a nutritious lunch so they can be ready to learn.”

“If a child is hungry they can’t function and concentrate in school. That is why there is reduced and free lunch programs,” one person wrote.

This Idaho Middle School Lunch Lady Was Fired for Giving a Free Lunch to a Hungry Student https://t.co/wDX24yXoRK pic.twitter.com/2kuKE1ka2i

“This lady was doing what any American should do when faced with a hungry child,” added someone from Madill, Oklahoma. “The policy of this school is horrible and degrading to any child who doesn’t have money to pay for their lunch. No child should ever be humiliated by an adult in private let alone in front of his/her peers. This lady is willing to pay for the lunch so where is the problem?”

The city of Pocatello said that it’s received a number of phone calls about Bowden’s termination, but it said the city is separate from the school district and cannot do anything.

“We’d like to thank everyone who has taken an interest in Pocatello recently; we just wish it were under better circumstances. We’d like to remind everyone that the situation involving Dalene Bowden was handled by officials with Pocatello/Chubbuck School District 25 and no city elected officials or employees were involved in the decision making process. While we both operate in the same community, the district and City government are two separate entities in Pocatello,” the city stated, per the East Idaho News.