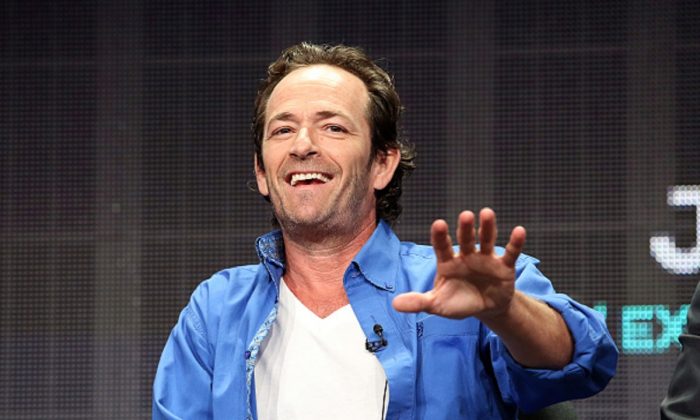 Luke Perry’s Daughter Reveals Special ‘Mushroom Suit’ He Was Buried in, Here is How Much It Costs

Luke Perry’s daughter has revealed that her father had requested to be buried in a biodegradable mushroom suit before he passed away from a stroke on March 4.

Luke’s daughter, Sophie Perry, posted on Instagram that her father, as one of his final wishes, wanted to be buried in a mushroom suit that he had discovered.

Riverdale actor Luke Perry has been buried in an environmentally-friendly way https://t.co/PE9ICQdYfT

The suit is “made of all natural, biodegradable material” and “use no harsh chemicals, preservatives, or processing,” according to Coeio.com, a website where the suits are sold.

Each suit costs $1,500 and comes with a button-up fabric and a face cover, along with a hood. Three different sizes are available.

According to Coeio, the suit comes with mushrooms and other microorganisms that speed up the decomposition process.

💋In December I went to San Francisco with two of my best friends. One of them, had never never been to California, so we went to show him the Redwoods. I took this picture while we were there, because i thought, “damn, those mushrooms are beautiful.” Now, mushrooms hold an entirely new meaning for me. Any explanation i give will not do justice to the genius that is the mushroom burial suit, but it is essentially an eco friendly burial option via mushrooms. All i can say is that you should all look into them at coeio.com or just by googling “mushroom burial suit” . My dad discovered it, and was more excited by this than I have ever seen him. He was buried in this suit, one of his final wishes. They are truly a beautiful thing for this beautiful planet, and I want to share it with all of you.

According to Luke’s daughter Sophie, it was one of his final wishes.https://t.co/GNkFEXVD2v

Actor Luke Perry, before his death earlier this week, had health scares over the past several years, it has been reported.

Perry had a colorectal cancer scare in 2015 when doctors found and removed precancerous growths from the actor.

Perry, who died after having a stroke, said he was forced to mostly give up eating red meat.

“I have significantly cut down on the amount of red meat that I eat,” he said. “I used to be like a steak-and-potatoes-every-night kinda guy, now it’s just for special occasions.”

The actor said he also smoked cigarettes when he was younger, and his character was known for smoking on “90210.”

It’s not clear if Perry was still smoking when he suffered the stroke, described as massive by several news outlets, in his Los Angeles-area home.

He is survived by fiancé Wendy Madison Bauer, ex-wife Minnie Sharp, and his two children: Jake, 21, and Sophie, 18.

Sophie Perry on March 5 released a statement on social media about her father’s death.

Perry said she appreciates the outpouring of support.