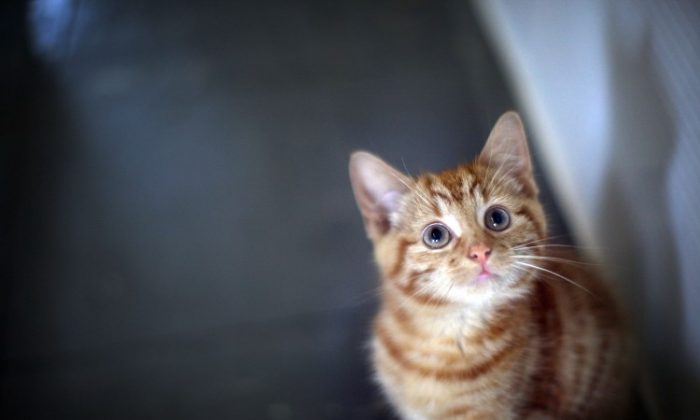 Lucy’s Law: Puppy and Kitten Farming to Be Outlawed in England Under New Legislation

A new law which campaigners hope will put an end to puppy and kitten farming in England was presented to Parliament on May 13.

The legislation, known as Lucy’s Law, is set to come into force in April 2020 and will ban pet shops or third party dealers selling young animals, making sure would-be pet owners deal directly with breeders or re-homing centers.

To pass into law, the new rules require a debate in both houses. It would mean people who want to adopt or buy young animals under six months old must deal with those sold from their place of birth and animals born and reared in a safe environment with their mother.

The move will give young cats and dogs “the best possible start in life,” said Environment Secretary Michael Gove.

Today we’ve taken a major step to improve the welfare of puppies and kittens. Our new legislation to end third party sales will be laid in parliament this afternoon. 🐱🐶

Animals are often put at risk under the unethical practice of puppy and kitten farming. If they are taken from their mothers a few weeks after they are born, they are more likely to suffer from behavioral issues and disease, The Guardian reported.

The legislation was named after a Cavalier King Charles Spaniel called Lucy, who died in 2016 after poor treatment on a puppy farm in Wales. Lucy was repeatedly forced to give birth in terrible conditions and had a curved spine, bald patches, and epilepsy, the BBC reported.

Gove added the law will prevent puppies and kittens from being separated early from their mothers and stressed he wants to make sure no more animals suffer like Lucy.

“This is all part of our plan to make this country the best place in the world for the protection and care of animals,” he said.

The ban is expected to come into force on April 6 next year.

The campaign has been supported by a number of celebrities and charities such as Battersea Dogs and Cats Home, Dog Trust, Pup Aid and the RSPCA.

Marc Abraham, the founder of Pup Aid, said, “‘Lucy’s law’ is named after one of the sweetest, bravest dogs I’ve ever known, and is a fitting tribute to all the victims of the cruel third-party puppy trade, both past and present.”

We are therefore pleased to see @DefraGovUK‘s introduction of ‘Lucy’s Law’ which will mean that puppies and kittens can no longer be sold by third party sellers#LucysLaw https://t.co/S6Q5BdwPE0 pic.twitter.com/emme0KY3z3

Under the new rules, there will also be a crackdown on people who smuggle young animals to be sold into the UK, abusing the Pet Travel Scheme.

Chris Sherwood, RSPCA’s chief executive, said he was “absolutely thrilled” with the news.

“We hope this ban, alongside the tougher licensing regulations that were introduced in October, will help to stamp out the underground trade that exploits these wonderful animals simply to make a quick buck,” he said.

Great news – #LucysLaw on its way onto the statute books – the result of HUGE campaigning efforts over many years!
It comes into effect 6 April 2020 & we’re counting EVERY single hour & day till then, thinking of dogs imprisoned on puppy farms @marcthevet @pupaid @CARIADCAMPAIGN pic.twitter.com/obPhVsMD7z

But Paula Boyden, veterinary director for Dogs Trust, the UK’s largest dog welfare charity, has urged the government to introduce additional measures to ensure the ban is “as robust as possible,” BBC reported.

“There is time before April 2020 for the Government to consider regulation of rehoming organisations and sanctuaries, ensure full traceability of all puppies sold, and strengthening of the pet travel scheme,” Boyden said.