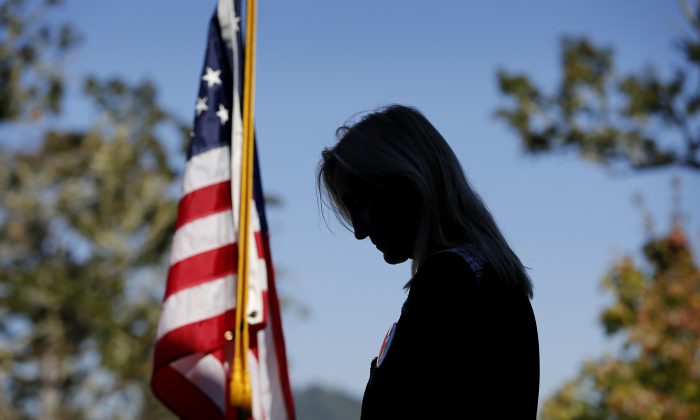 ‘Lucky One’ in Oregon Shootings Provides Details of Massacre

SEATTLE—The 18-year-old college student singled out by the shooter as the “lucky one” to survive and deliver a package to law enforcement has told his story for the first time about the massacre in Roseburg, Oregon.

In a written statement that was the most detailed account thus far of the Oct. 1 shooting, Mathew Downing said Friday that when Christopher Harper-Mercer entered the Umpqua Community College classroom, Downing’s ears were ringing from shots already fired, and he thought what was happening “couldn’t be real.”

He said the first thing the shooter did was put his backpack on the front desk and pull out an envelope, saying: “There is a flash drive in this and whoever survives this should give it to the police.”

Downing’s account of what came next coincides with relatives of survivors who previously reported that Harper-Mercer looked at Downing and said, “Hey kid with the glasses, you are the lucky one. I will not shoot you if you give this to the cops.”

Downing said he stood up then, and the shooter pointed a gun at him. “This is the moment I thought I was going to die,” Downing said.

Instead, the shooter paused for a moment, Downing said, and handed him the envelope. Next, the shooter told Downing to sit in the very back seat and face him.

Downing did so and said at that point Harper-Mercer fired into the center of the room and began asking students one by one if they were religious. The shooter fired at one student who said he was Christian and another who said she was Catholic.

The shooter reloaded two handguns with ammunition from his backpack during the killings, Downing said. Harper-Mercer was “firing on people who were just lying there,” Downing said.

Downing also said the shooter seemed to lose interest when a woman told him she couldn’t move her legs to stand up because of the pain.

He turned to another woman, telling her to stand, and she picked up a desk to defend herself, Downing said. Harper-Mercer fired at her anyway, hitting her in the leg.

When the shooter noticed police, he leaned out a window and fired at them. Downing also wrote that after Harper-Mercer was hit by police gunfire, he lay down on the floor and shot himself in the head.