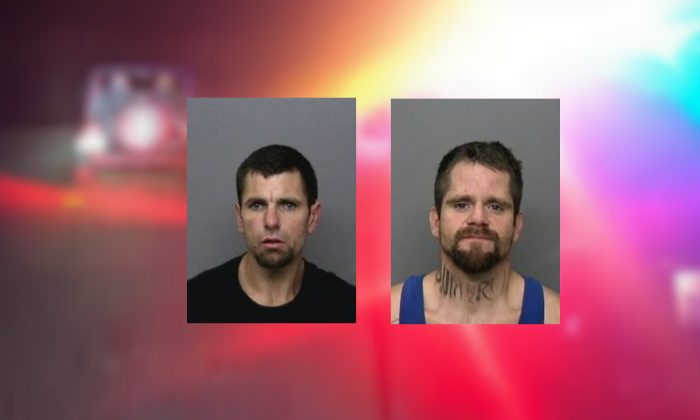 Police in California arrested a man on Wednesday who claims to have stolen over 500 cars since he was a child.

The owner of a local car dealership in Anderson reported that he spotted a pair of thieves stealing a car from his lot just past midnight.

A K-9 unit responded to search the area and spotted Timothy Jack Parker and his accomplice Daniel William Harrington driving a 2006 Jeep Wrangler which was just stolen from the lot, according to the police report.

The officer attempted to pull the vehicle over, but the Jeep initiated a chase.

“The pursuit reached speeds in excess of 90 MPH,” the Aderson Police Department wrote in the police report. “Due to there being very little to no traffic on the roadways the officers continued to pursue the vehicle.”

Eventually, Parker crashed through a cattle fence in Happy Valley and continued to drive on a dirt road. Then his luck ran out. Part of the cattle fence was lodged in the front bumper of the Jeep and the car became disabled.

“The officer ordered the occupants of the vehicle to surrender or K-9 Aero would be deployed to apprehend them,” the police report says.

The pair surrendered. Parker was wearing a shirt with the word “Lucky” and a four-leaf clover on the front.

The pair was arrested and booked into Shasta County Jail. Both were already on probation for prior thefts.

Parker, 32, revealed during an interview with investigators that he had stolen more than 500 cars since he was 12 years old. He claimed to have sold most cars in less than a day.

“When asked if Parker knew where he was going down the dirt road, he stated he was just trying to get far enough away from the K-9 so he wouldn’t be bit,” the police report stated.

The stolen car was returned to the owner at the scene.