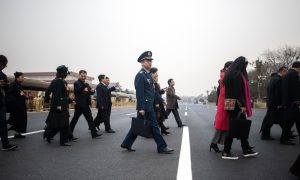 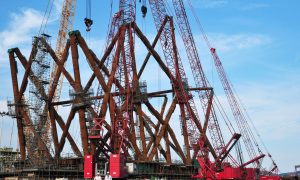 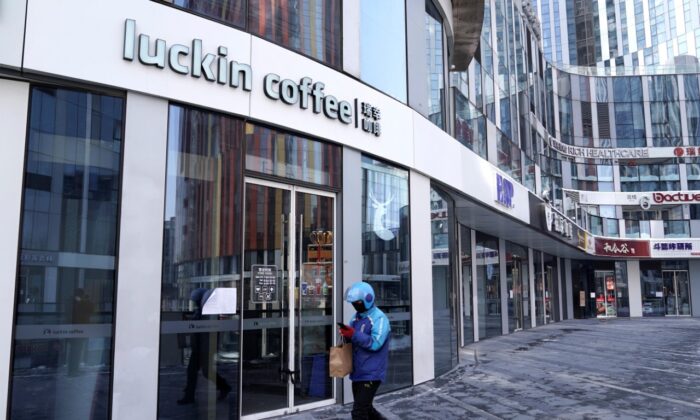 Chinese coffeehouse chain Luckin Coffee announced on April 2 following an internal investigation that it had “fabricated” hundreds of millions of dollars in sales.

China’s homegrown rival to Starbucks Coffee saw its New York-listed shares fall by about 75 percent on April 2, after tumbling as much as 85 percent in intraday trading. Luckin’s shares fell another 16 percent on April 3.

Luckin Chief Operating Officer Jian Liu was suspended, along with several other employees who reported to him, after an internal committee discovered fraudulent transactions during 2019 totaling more than 2.2 billion yuan ($310 million). In addition, certain other costs and expenses were also inflated, according to a company press release.

To put those figures in context, during the entire period between January to September 2019 Luckin reported total net revenues of 2.9 billion yuan ($410 million), according to the most recent earnings statements published.

China’s securities regulator—the China Securities Regulatory Commission (CSRC)—also announced its own investigation into the matter. Concurrently, the company told investors that its previously filed financial statements can no longer be relied upon.

It’s a major blow for a company that had become one of China’s most marketable and popular brands. Luckin has been expanding aggressively to more than 4,500 stores and undercutting its biggest rival, Starbucks, in price. It had forecasted even more growth this year, with plans to build unmanned stores.

For some investors, it’s hard to fathom such a steep fall from grace.

Despite being loss-making, Luckin was one of the most hyped initial public offerings (IPO) in 2019. It hired Morgan Stanley and Credit Suisse as underwriting bankers, and David Polk and Cleary Gottlieb as counsel. Alongside its IPO, Luckin also sold shares to Louis Dreyfus, the global coffee bean and agricultural commodities supplier—another stamp of approval.

Luckin’s shares jumped 20 percent during its IPO on May 17, 2019. And for almost a year, the company was the pride of China and counted itself as a legitimate rival for Starbucks.

The report outlined evidence that the company may have been inflating its sales figures. Among the evidence presented by the report was store traffic video that didn’t support the sales figures reported by Luckin. The report also alleged questionable financial dealings, such as company management raising cash by pledging almost 50 percent of its own stock as collateral.

Following the Muddy Waters report, others came to the defense of the company. Another noted short seller, Andrew Left’s Citron Research, said at the time that its own independent research couldn’t corroborate the allegations. (Short sellers bet on, and profit from, a drop in a security’s price.)

Risk of Investing in Chinese Companies

To astute investors, Luckin’s fall is just the latest in a trend of Chinese companies turning up fraudulent. Any potential investor should exercise extreme caution before investing in such companies.

Of course, not all Chinese companies are fraudulent, but there’s heightened uncertainty among Chinese firms because of the policies of the Chinese Communist Party (CCP).

Like almost all other U.S.-listed Chinese firms, Luckin has an onshore-offshore variable-interest entity (VIE) corporate structure. The offshore entity—which issues the stock sold to U.S. investors—is a Cayman Island-registered company. The offshore entity has a contractual agreement with Beijing Luckin Coffee Technology Ltd., an onshore VIE owned by controlled by Luckin’s CEO Jenny Zhiya Qian and Min Chen, which pays fees and royalties to the offshore entity.

An inherent risk of this structure, as with most other U.S.-listed Chinese companies, is that investors don’t hold any ownership in the operating company. Local Chinese executives or the CCP could abandon the offshore entity, leaving U.S. investors high and dry.

Transparency, one of the fundamental pillars of corporate governance, is lacking in most Chinese companies. Beijing doesn’t allow the U.S. Securities and Exchange Commission or other U.S. regulators to examine audit work papers of Chinese companies. China claims that the books present “national secrets” that can’t be shared with outside parties.

The risk of arbitrary government interference creates more uncertainty. Chinese companies, even privately owned ones, must implicitly answer to the local CCP bosses and Party cells. This is an overhang for every Chinese company, no matter where its stock is traded and is a key reason why telecom giant Huawei—a privately owned company—poses a national security risk to the United States.

Chinese firms also have an elevated level of related party transactions, a risk that the anonymous report on Luckin laid bare.

The report turned up some other red flags. One of Luckin’s independent board members, Sean Shao, is or was “on the board of some very questionable Chinese companies listed in the U.S. that have incurred significant losses on their public investors,” the report said.

Fei Yang, a Luckin co-founder and chief marketing officer, “was once sentenced to 18 months’ imprisonment for the crime of illegal business operations when he was the co-founder and general manager of Beijing Koubei Interactive Marketing & Planning Co., Ltd. (“iWOM”).”

iWOM is a related party—through multiple intermediaries—that currently does business with Luckin, the report alleged.