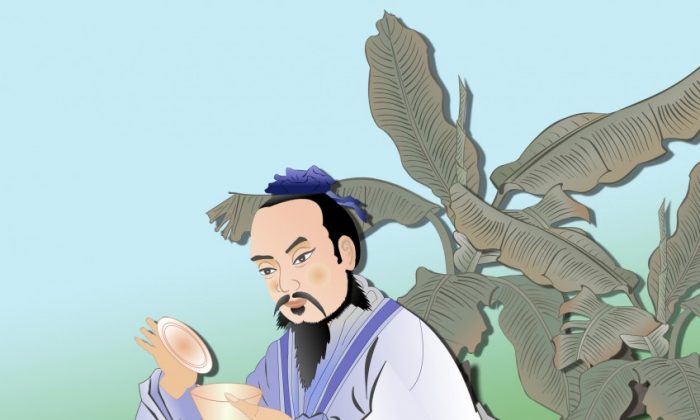 Lu Yu: The Sage of Tea

When speaking of tea, Lu Yu is an important person to give thanks to. For his achievements, he has for centuries been recognized in Chinese history as the Sage of Tea.

Lu Yu lived 733-804 AD in China’s Tang Dynasty. According to the records, Yu was abandoned at the age of 3 at a temple by a lake and was adopted by an abbot there.

The abbot was a famous Tang monk who excelled in the culture of tea. He taught Lu Yu how to grow tea, pick tea, and make tea, which brewed in Lu Yu, from his childhood on, a strong interest in the art of tea.

Lu Yu learned a lot from the monk, including Chinese characters, literature, and Buddhist scriptures. Despite being raised in the temple, Lu Yu did not become a monk. Instead, he became an educated and knowledgeable literary scholar. Nevertheless, he did not pursue material gains and was indifferent to fame.

For Lu Yu, tea symbolized the harmony and mysterious unity of the universe. He spent his life on the art of tea and made a great contribution to the development of tea. His book, known as Cha Jing in Chinese and The Classic of Tea in English, became the very first monograph on tea in the world.

Addicted to the art of tea, Lu Yu even paid close attention to the best water to use for brewing tea.

Once some friends visited him, and they were about to have tea together. “I heard the water in a special area of Yangtze River is best for tea,” one friend said. “And now we have Lu Yu, the most famous specialist of tea. What a wonderful coincidence to have the best two here. It is the opportunity of a lifetime.”

As a result, a soldier was dispatched to get the water, while Lu Yu took his time to prepare the tea set for his guests.

Soon the water arrived at the gathering place, and Lu Yu used a spoon to sweep through the top portion of the water.

Worried, the soldier replied, “This water was taken by me in person, and there were many witnesses.”

Lu Yu did not answer him, and instead poured out half of the water. Then he used the spoon to sweep through the top portions of the water on the left side, and said happily, “Now this is the water from the right area of the Yangtze River.”

Lu Yu explained to the soldier with a smile that the water from the shore of the Yangtze River contained more salt, which was not good for tea. Lu Yu not only astonished the soldier, but also all of his friends, impressed by his mystical ability to differentiate the water.

This is part two of a five-part series. The next installment will appear on May 25.