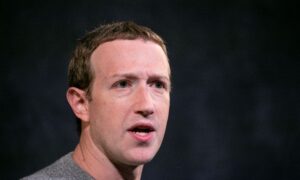 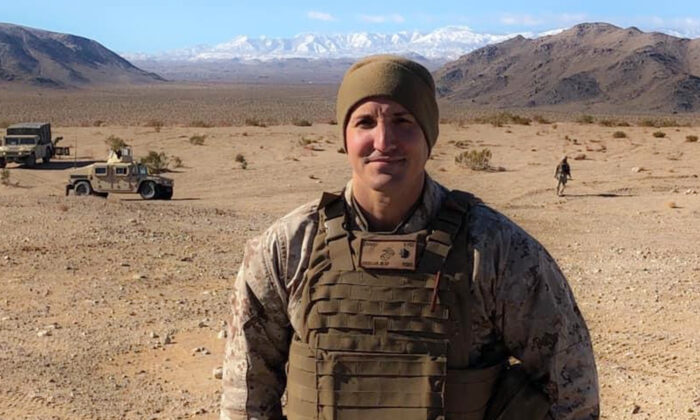 Marine Lt. Col. Stuart Scheller pleaded guilty Oct. 14 to all charges against him at a special court-martial trial related to his criticisms about how senior military officials handled the U.S. withdrawal from Afghanistan, although he didn’t backpedal from his calls for accountability.

Scheller’s punishment has yet to be finalized. U.S. Marine Corps Judge Glen Hines accepted his plea agreement and stipulation of facts, and witnesses testified about Scheller’s character to inform his sentencing decision.

Scheller spoke just before this article’s publication, and The Epoch Times obtained a copy of his written testimony. Closing arguments are still scheduled before Hines renders his punishment.

According to the written testimony, Scheller apologized for the unprofessional nature of some of his comments, but he still criticized senior leadership for failing to accept accountability for the disastrous Afghanistan withdrawal.

According to a person familiar with the matter, the maximum punishment Scheller faces is a letter of reprimand. He also faces a potential general discharge under honorable conditions, which can reduce the number of benefits available to him.

The Epoch Times also obtained the stipulation of facts accepted by Hines. The document specifies the statements that put Scheller in hot water with his superiors, as well as Scheller’s reasons for pleading guilty.

The first charge stems from an Aug. 26 video he posted criticizing leaders for abandoning Bagram Air Base.

“Potentially, all of those people did die in vain if we don’t have senior leaders that own up and raise their hand and say we did not do this well in the end,” Scheller said.

Scheller also pleaded guilty to charges related to his continued social media messages made after officials placed restrictions on posting.

“You recently banned all unit social media pages so that you could centralize the message. Because, I’m assuming, you think Marine leaders aren’t capable of passing a message in line with your intent,” Scheller admitted to saying on Aug. 31. “Your problem right now… is that I am moving faster than you. I’m outmaneuvering you.”

According to the stipulation of facts, Scheller received a lawful order on Sept. 17 to refrain from posting on social media. But Scheller admitted to posting on Sept. 25 and 26, including saying, “I’m ready for jail.”

“My actions compromised my character as a gentleman because they were contemptuous towards the Secretary of the Navy and/or otherwise did not comport with the expectations of an officer,” Scheller said, according to the stipulation of facts.

“My actions were serious misbehavior, as opposed to just merely inappropriate or merely in poor taste,” he said.

Scheller, who was thrown into the brig on Sept. 27, was released on Oct. 5.

He could have faced up to eight years imprisonment, forfeiture of all his pay and allowances, and dismissal from the service—but the parties reached an agreement for him to stand before a special court-martial, which is the military’s version of a civilian misdemeanor court.

Scheller said in his written testimony that he tried to submit a resignation in lieu of trial while he was in the brig, but his command rejected the offer.

“They wanted a conviction of guilt,” he said. “Thus, I obviously signed a deal to plead guilty to a litany of charges at special court-martial, which brings us to today.”

“He is an American war hero. He has fought for his men and women that follow him. He’s fought on the battlefield for them. I believe he has risked his life for his fellow service people and Americans. He is now risking his livelihood for them. He saw a misjustice happening at the top, and he felt that they should be held accountable for it,” Cathy Scheller, Scheller’s mother, told NTD’s “The Nation Speaks.”