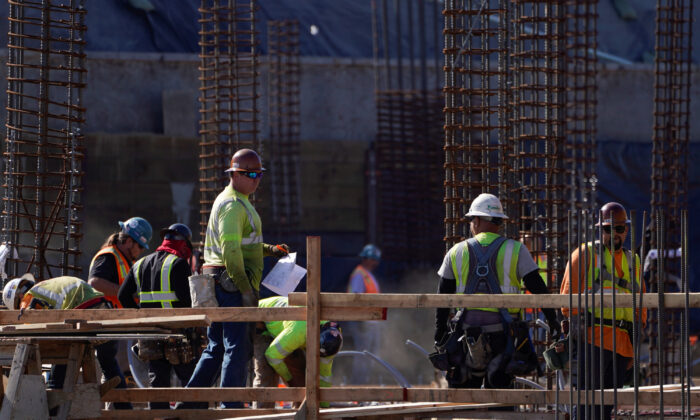 Lower Likelihood of Recession for US Economy: Expert Survey

Some two dozen top economists told Bankrate in a Q4 poll that there was a 35 percent chance of a recession in 2020, compared to a 41 percent chance expressed in a similar Q3 survey.

The findings of Bankrate’s Fourth-Quarter Economic Indicator survey show that the experts, mostly chief economists and senior executives of financial institutions, are currently more optimistic about next year’s economic prospects than a similar cohort of respondents was last quarter.

In a similar echo of greater confidence in the fourth quarter than in the third, key details of Monday’s Institute for Supply Management (ISM) report were upbeat, including new orders and services industry employment.

“Comments from the panel were consistent with the previous month, with sentiment improving compared to October,” Timothy Fiore, Chair of the ISM Business Survey Committee, said in a release.

Bankrate’s survey results come as the U.S. services sector activity slowed in November, and worker shortages pushed production to its lowest level in a decade, with the potential to heighten fears about the economy’s health.

Despite the manufacturing slump and second straight monthly drop in construction outlays, growth expectations for the fourth quarter have been boosted by upbeat reports on the trade deficit, housing, and business investment.

While the economy grew at a 2.1 percent pace in the third quarter, the ISM report noted an annualized GDP growth rate of 1.5 percent.

“The past relationship between the PMI [purchasing managers index] and the overall economy indicates that the PMI for November (48.1 percent) corresponds to a 1.5-percent increase in real gross domestic product (GDP) on an annualized basis,” Fiore said.

Aside from their predictions for the likelihood of a recession, the Bankrate poll respondents also weighed in on expectations in the labor market and interest cut moves by the Federal Reserve.

Job gains have averaged 167,000 per month this year, above the roughly 100,000 needed each month to keep up with growth in the working-age population.

Economists in Bankrate’s survey expected employers would add jobs at an average monthly rate of 119,541 over the next year, which is down from 125,957 in the previous poll.

A measure of services industry employment rose to 55.5 from 53.7 in October, supporting economists’ expectations that the government’s closely watched employment report on Friday would show a sharp rebound in November job growth.

The Bankrate poll showed economists expected slight growth in unemployment to 3.93 percent. Labor Department figures showed that in October, 3.6 percent of the population was jobless.

Of the economists polled by Bankrate, 62 percent believed the Fed would cut rates at some point over the next 12 months. Among these experts, 19 percent anticipate a single rate decrease, while 43 percent think the Fed will slash rates at least twice.

A higher number (67 percent) of experts surveyed by Bankrate in Q3 felt that the Fed would cut rates two or more times in the next 12 months.

In recent central bank moves, the Federal Reserve Bank of New York added a total of $95.56 billion in temporary liquidity to financial markets on Tuesday via both overnight and 14-day repos.

The Fed’s repo operations are a way to provide a temporary cash injection into markets in the form of what amounts to a short-term loan to banks. Eligible financial institutions put up Treasury and mortgage securities as collateral and, in exchange, the Fed provides liquidity.

Fed officials cut interest rates in October for the third time this year, bringing their target rate to a range of 1.5 percent to 1.75 percent. Federal Reserve Chair Jerome Powell and other policymakers hinted after the reduction that rates were likely to stay put for the foreseeable future, barring a deterioration to the economic outlook.

“At this point in the long expansion, I see the glass as much more than half full,” Powell said in remarks delivered at an annual dinner for the Greater Providence Chamber of Commerce. “With the right policies, we can fill it further, building on the gains so far and spreading the benefits more broadly to all Americans.”