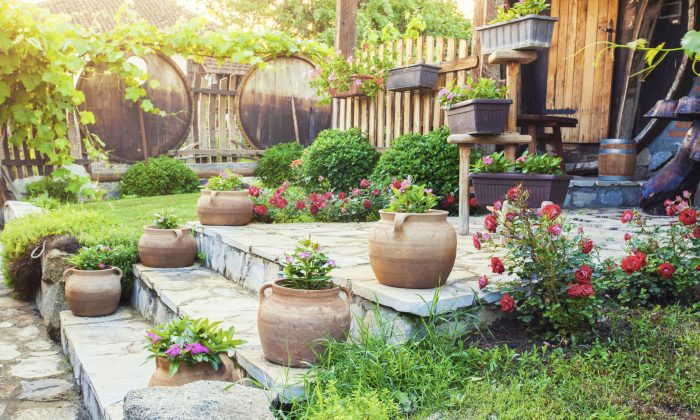 Destructive wildfires are becoming more common in many parts of the world and are predicted to worsen with climate change. Therefore, we need to explore a range of options to reduce fire risk in the landscape, particularly in areas where human homes and infrastructure (or vulnerable ecosystems, such as in Tasmania, and wildlife) are next to plants that fuel wildfires.

One approach to reducing wildfire spread is to plant “green firebreaks“—strips of vegetation made up of plants with low flammability. Green firebreaks are based on the idea that this less flammable vegetation will extinguish a fire, or embers spotting ahead of a fire front.

Green firebreaks also serve other purposes. If comprised of native species, they can improve biodiversity and provide ecosystem services. They are also often more aesthetically pleasing than firebreaks of bare earth or lawn grass.

The planting of low-flammability species in gardens and on property boundaries has been advocated in many parts of the world, including Australia, New Zealand, the United States and Europe. Many lists of suitable species are available.

Unfortunately, many resources don’t specify how these species lists were developed. Some base their recommendations on particular plant characteristics known to influence flammability, while others come from observations of how well certain plants burn in wildfires.

However, very few lists are derived from experimental tests of plant flammability. We set about testing which New Zealand plants were the least flammable—by throwing them on the barbecue.

Wildfires in New Zealand are rarely as destructive or extensive as those in Australia or the US, but fire was responsible for widespread deforestation in New Zealand following the two main waves of human settlement.

However, fire danger will likely increase in parts of New Zealand due to climate change. Furthermore, certain New Zealand ecosystems have become more flammable due to invasions by exotic plant species.

New Zealand guidelines on plant flammability have existed for several decades, but have rarely been scientifically tested. These guidelines have been used to encourage people to plant green firebreaks.

In our paper published in the International Journal of Wildland Fire, we compared the flammability of 60 common plant species from New Zealand. We used a recently developed method for testing shoot flammability. This involves placing shoots on a grill (our “plant barbecue“), turning on a blowtorch and then measuring how easily samples ignited, how hot they got, how long they burned for, and how much of them burned.

We tested 27 species and found good agreement with the guidelines currently in use, showing that New Zealand fire managers have a good understanding of plant flammability.

We found some surprises though. Two species (silver beech and rimu) had much higher flammability in our tests and others had much lower flammability than the national guidelines. This highlights the importance of using different methods to gauge plant flammability.

How Can This Help Me Protect My Home and Property?

Given favorable fire conditions, any plant will burn, so green firebreaks are unlikely to provide protection in extreme fire conditions. The best option to protect houses from such fires may well be to reduce fuel within a 40m radius.

Plants Fend Off Cold, to a Point

In less extreme fire conditions, green firebreaks are one of the options available to land managers to reduce fire spread across the landscape and could be established in areas where fire risk is greater, such as on the edge of highly flammable ecosystems. We should also consider deploying green firebreaks comprised of native species to help protect large-scale restoration projects.

One key factor is moisture content; plants with moister leaves are less likely to ignite and don’t burn as readily. Hence, it helps to keep your plants well watered when fires threaten.

Some plants retain dead leaves and branches that provide ready fuel during a fire. Therefore, pruning dead limbs is a good way to reduce fire risk around your home.

While we are increasing our understanding of plant flammability, many questions remain. For instance, we have been testing plant shoots, but do whole plants burn differently? Under what climatic conditions does a low flammability species become a readily burning fuel? What happens when you burn low and high flammability species together? What risk do highly flammable weed species pose when they invade new areas?

We plan to tackle these and other questions by throwing many more plants on our barbie!