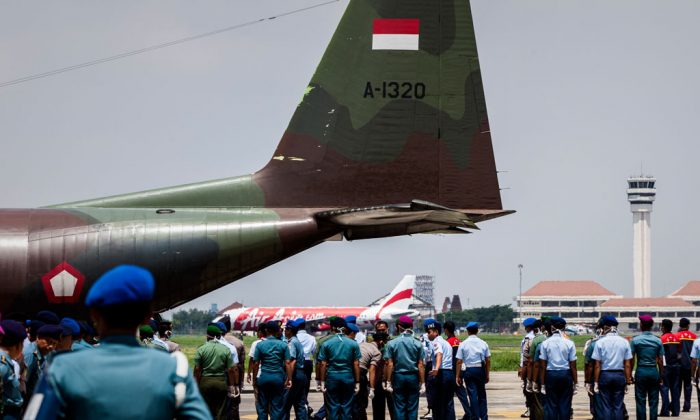 In the past few years, Southeast Asian airlines have experienced remarkable growth, driven primarily by the rapid expansion of low-cost carriers, like AirAsia.

The market for flights in the region, defined by carrying capacity, grew by a staggering 20 percent in the 18 months before October 2013, and every country (save for Brunei) experienced double-digit growth.

Indonesia and Malaysia led the way with 29 and 25 percent growth respectively, driven by low-cost carriers (LCC) that aggressively slashed fares.

AirAsia has only had 13 years to figure out how to run an airline.

But in the past year, the reputation of Southeast Asian airlines has taken a blow as a result of the high-profile crashes of Malaysia Airlines Flight 370 and now AirAsia Flight QZ8501.

Malaysia-based AirAsia grew from two planes in 2001, to 150 planes today with 475 more planes on order from Airbus, according to the carrier’s website.

Malaysia Airlines is not a low-cost carrier, but it has faced competitive pressure from LCCs.

The exact cause of the AirAsia accident is still unknown, but some insiders in the aviation industry cautiously judge the recent accident as evidence that LCC industry’s safety standards can’t keep up with this rapid growth.

“Asia has been growing so quickly that it’s almost as if nobody’s completely sure what they’re doing or what they’re using as best practices,” said Robert Mark, a commercial pilot who has air traffic experience and runs the aviation blog JetWhine.

Turns Out It’s Shockingly Easy to Smuggle Guns on Planes

AirAsia has only had 13 years to figure out how to run an airline, said Mark, unlike the airline industry in North America, which is much more mature.

“What are they using as their guidebook of how to build a good airline?” asked Mark.

An immature industry with cost pressures can affect many aspects of how it operates. Are pilots trained thoroughly for cover emergency contingencies? Are air traffic controllers working longer hours than they should? Are equipment inspections rigorous and cautious enough? Is safety the guiding priority?

“Safety first principles are not yet upheld in this country because aviation still sees profit as the priority,” said Hanna.

An immature industry with cost pressures can affect many aspects of how it operates.

The AirAsia plane took off from Surabaya, Indonesia, and was being guided by Indonesian air traffic control when it disappeared from radar on Dec. 28. It took two days for search teams to find wreckage from the crash in the Java Sea. All 162 people on board died.

Mark questions why the pilot would have flown into a thunderstorm.

“We would never fly right into a thunderstorm … the risk is too great that forces within a thunderstorm would tear the plan apart. It’s not something you can take a risk on,” Mark said.

Mark stated that it’s impossible to know what happened in the final moments before the crash until the plane’s black box is recovered, but said there could have been pressures on the pilot to risk a storm.

“No carrier wants to add time to a flight because every minute those engines are turning costs them money,” he said. So in the work culture of a low fare airline, it’s possible the pilots are told to yes be safe, but we don’t want to be adding 40 minutes to a flight.

Oil Continues to Fall: Which Airlines Have the Most to Gain?

Jack—pseudonym—a pilot for a major U.S. carrier, has personally experienced conflict with his previous airline, a U.S. regional carrier, over attempts to cut corners on safety to bring down costs.

“They always do this indirectly,” Jack said.

For example, the FAA allows for minor defects in a protocol called Minimum Equipment List. Even if some parts of the plane don’t function properly, it is still legal to take off, but the pilot has the last word.

One time, the fuel indicators on Jack’s plane was inactive, but the MEL booklet had instructions on how to tell fuel level with sticks, which are often bent and give inaccurate readings. Jack was going to fill the fuel tanks to the top so he could be certain he had enough fuel on a day with snow and low visibility. His boss, however, told him to use the stick method to reduce the weight of the fuel, as a lighter plane can carry more passengers.

“I had to explain this to [my boss] for 20 minutes and at the end it came down to this: If you want to take the plane like this you can, but I won’t go. So we filled up the tank,” Jack said.

“There is always pressure at any company [to save money],” he said, but noted things were better after he switched carriers. “At the major carrier, it’s a lot less pressure. If you say no, they say: ‘Ok, we’ll fix it.'”

Currently, the European Union bans from its airspace all but five of Indonesia’s 60-some airlines because they are considered unsafe and/or are not sufficiently overseen by their authorities.