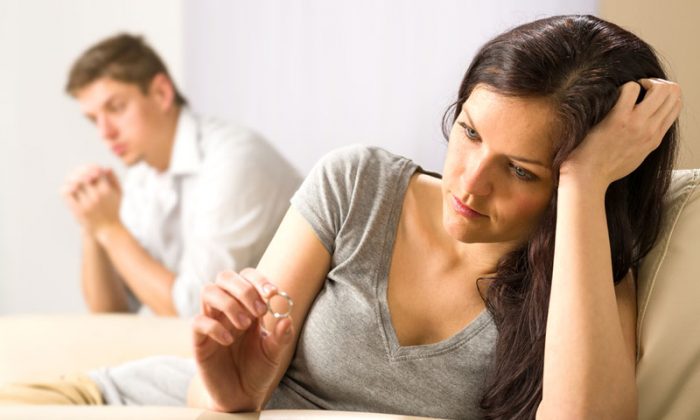 The ancient philosophers knew the perils of expecting other people to complete us emotionally. (Shutterstock*)
Opinion

Love Problems? There’s a Pill for That, but Plato Offers a Wiser Cure

We take pills and potions for everything from a bad back to depression. Why shouldn’t we adopt the same approach to love and the miseries it may cause? Oxford ethicist Brian Earp has proposed that we should.

Is pill-popping the best way to ensure we stay in love with our long-term partner? Is it right to artificially maintain the emotions of the first flurry of love? Should we also pop a pill to try to fall out of love in order to end an abusive relationship?

In addition to these modern answers to ancient questions, there may also be some useful ancient answers. After all, Greek mythology abounds with stories of powerful emotions causing problems for gods and mortals alike.

The ancient Greek philosophers had a lot to say about the proper way to love. They generally agreed that we should attempt to control the passions, those strong emotions that disturb the tranquillity of the soul. The Ancients generally speak of passionate love as a miserable condition, a state that no-one in their right (rational) mind would wish to suffer. Such violent emotions are dangerous because they distract us from our true purpose in life which is, according to Plato, the search for wisdom.

Likewise, the Stoics refer to the tranquil Sage who cannot be harmed by any external turn of fate and finds happiness within. In common with many Eastern traditions, such as Buddhism, the Stoics argued that romantic love involves a false judgement about the worthiness of the beloved, a false judgement that can only lead to disillusionment and bitterness.

This might seem like a recipe for a bleak loveless world. In reality it merely reminds us of the perils of expecting other people to complete us emotionally. On this account, we can still love, just not to excess.

These ideas may sound strange to a culture that extols the virtues of intoxicating and transformative romantic love (just look at how popular the romcom is). Yet this is a culture in which about four in ten marriages, most of them begun in the heady excesses of romantic love, end in divorce. Maybe a little Stoicism is in order.

Advice for the Lovelorn

Roman poet Ovid (c.43BC-17AD) offers a therapeutic approach for treating love. His poem Remedies for Love states that curing love can lead once more to happiness but you have to really want to change or, as he says: “Give up all tragic, sinister passions.”

Ovid’s therapeutic agenda is made clear when he writes: “My aim is practical: it is to extinguish cruel flames, and from love’s fetters to free the captive heart.”

Ovid does distinguish between healthy and unhealthy love. One is natural and reasonable, the other pathologically obsessive, idealised, unrealistic and destructive in its irrationality. The second kind is more interesting, so poets generally have more to say about it.

Obsessive love is insatiable. It never leads to satisfaction or contentment. Sexual fulfilment is temporary and doesn’t satisfy the love-desire itself.

From this we get the notion that love is blind – it is not the good we actually seek. We only think it is good; yet it is an imperfect copy of the form of the good – wisdom itself.

Ovid’s advice for the lovelorn includes nipping the relationship in the bud, as if someone becomes so intoxicated with the Dionysian frenzy of love, they will not hear reason. In this case you must wait until it has burnt itself out.

His other cures also sound quite modern. Ovid suggests you occupy your mind with other thoughts, work and find something else to do. Don’t think about or obsess over the beloved.

If this still isn’t working, run away! Travel! Despite the bonds that hold you back, he says: “Go on a long journey … force your reluctant feet to run.”

How Is Philosophy Meant to Help?

Good philosophy is therapeutic. The Ancient Greek philosophers such as Plato and the Stoics would probably claim that seeking to fulfil lack with chemical substances is delusional. Firstly, we will always need more and, secondly, that kind of lack can never be satisfied through material or sensual or chemical means.

They would suggest that it is the mind that can overcome this desperate search by finding fulfilment in a rational and pragmatic approach to relationships, or through a more universal form of love.